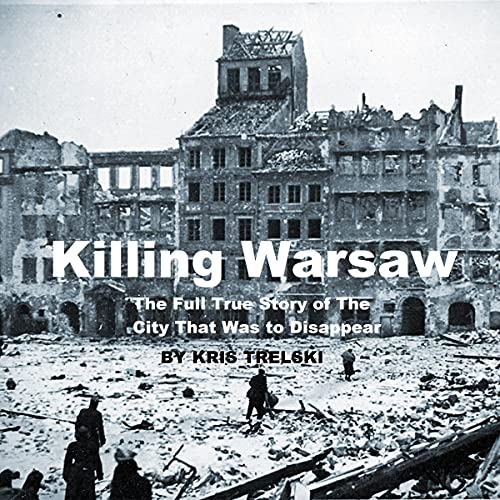 Killing Warsaw: The Full True Story of the City That Was to Disappear

This audiobook shows how much city of Warsaw and its residents suffered under German Nazi occupation. It also shows that all of the destruction was planned before the war and that there were no accidents. The city of Warsaw was to disappear to be later reborn as a small German city of Warschau. You will see how the plan was being implemented from the first days of the war, through brutal occupation, Ghetto uprising, Warsaw uprising, and final and total destruction. You will see how rapidly the city's population shrunk from 1.3 million to 1,000.

Ce que les auditeurs disent de Killing Warsaw: The Full True Story of the City That Was to Disappear

The heart of a people who would not let their city

in this book you see the perseverance of a people who continue on in spite of hatred, malevolence, disappointment, and betrayal.