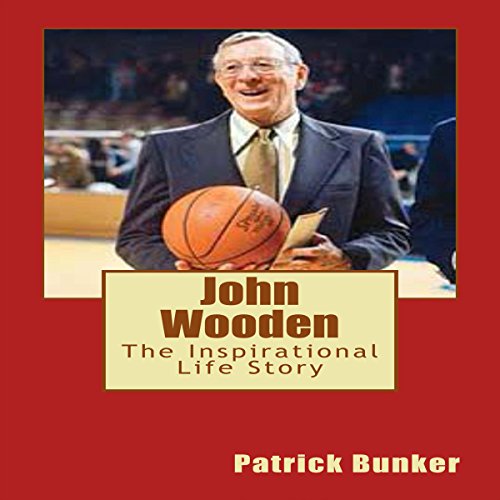 The Inspirational Life Story of John Wooden: Basketball Coach, Leadership Instructor, Family Man, and the First Man to Be Inducted into the Hall of Fame as Both a Player and a Coach
De : Patrick Bunker
Lu par : Mark Rossman
Durée : 51 min
Catégories : Biographies et mémoires
3,0 out of 5 stars 3,0 (1 notation)

John Wooden began his coaching career in September of 1932 when he was officially named athletic director, coach, and English teacher at Dayton High School in Kentucky. There is also evidence to suggest that at the same time he was playing for the Independent League known as the Indianapolis Kautskys. His first year coaching The Green Devils, John would have his first and only losing season, winning only six games and losing eleven. Two years later John and Nellie moved to South Bend, Indiana where he would accept another coaching position for the South Bend Central High School's Bears. He would coach basketball and baseball in addition to teaching English. He also worked for a local book publisher.

Here is a preview of what you'll learn when you download your copy today: