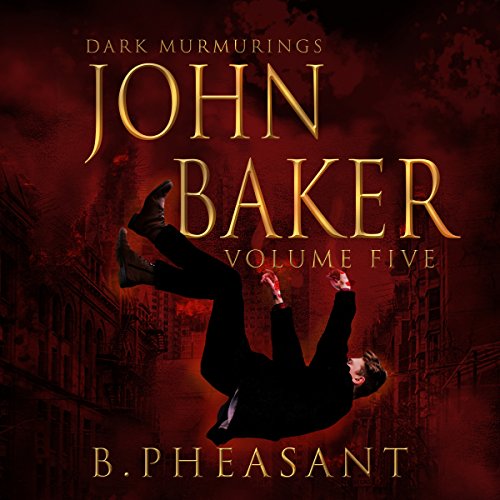 When John showed kindness to a stranger, he was repaid with a strange medallion by an old gypsy witch.

Unaware of the dark magic possessed by the medallion, John believed it brought him good luck, but as the years passed, John's luck ran out.

When the pressures at work grew unbearable, he turned to the medallion once again. Only this time, it did not bring him good luck.

Can John survive the power of the dark gypsy magic hidden deep in the history of the medallion?

I was fortunate enough to receive a copy of this audiobook exchange for an honest review. this is a unique short story that I very much enjoyed. the narration was not my favorite but I found that by increasing it to 1.45 speed made it very enjoyable.

I received this audio book for free in exchange for my honest review. I found this short story to be very enjoyable and I would recommend it to anyone.

Do you believe in magic?

This book is from series Dark Murmurings, Book 5. The John Baker is the book about paranormal, magic, superstition and chants, almost sci-fi. Fantasy book as this one is different from what I usually listen. Quite fun to listen. The writer made an interesting tale. Superstitions are somehow implemented in human culture so story as this is quite universal. The narrator did a respectable job, nice tempo and voice changes. The book is only 41 minutes long so I wish you an enjoyable short trip to fantasy & magic.
I would recommend this book to fantasy fans.

My hope is that this review helps in your decision to obtain this book.
*This book was given to me for free at my request and I provided this voluntary review.