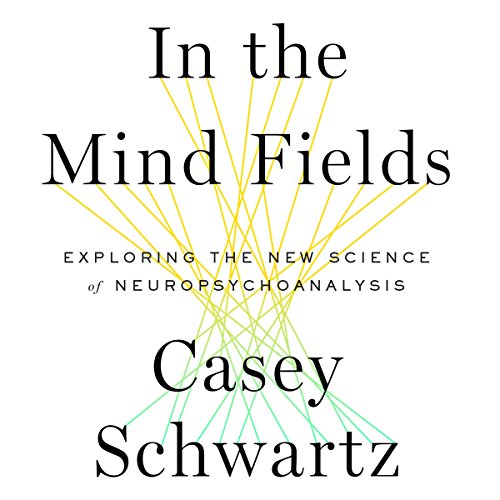 In the Mind Fields

In the Mind Fields

"Everywhere I looked it seemed that we were being defined by what our brains were doing.... Everywhere, there were hucksters and geniuses, all trying to colonize the new world of the brain."

"I'd never been a science person," Casey Schwartz declares at the beginning of her far-reaching quest to understand how we define ourselves. Nevertheless, in her early 20s, she was drawn to the possibilities and insights emerging on the frontiers of brain research. Over the next decade, she set out to meet the neuroscientists and psychoanalysts engaged with such questions as: How do we perceive the world, make decisions, or remember our childhoods? Are we using the brain? Or the mind? To what extent is it both? Schwartz discovered that neuroscience and psychoanalysis are engaged in a conflict almost as old as the disciplines themselves. Many neuroscientists, if they think about psychoanalysis at all, view it as outdated, arbitrary, and subjective while many psychoanalysts decry neuroscience as lacking the true texture of human experience. With passion and humor, Schwartz explores the surprising efforts to find common ground. Beginning among the tweedy Freudians of North London and proceeding to laboratories, consulting rooms, and hospital bedsides around the world, Schwartz introduces a cast of pioneering characters, from Mark Solms, a South African neuropsychoanalyst with an expertise in dreams; to David Silvers, a psychoanalyst practicing in New York; to Harry, a man who has lost his use of language in the wake of a stroke but who nevertheless benefits from Silvers' analytic technique. In the Mind Fields is a riveting view of the convictions, obsessions, and struggles of those who dedicate themselves to the effort to understand the mysteries of inner life.

"The journey presented in this sharp narrative makes somewhat lofty topics accessible as seems to be a trend in modern science writing. Ultimately, the author's knowledge gives those interested in brain studies and the process of thought an exciting case study of sorts. Schwartz engages the reader with humorous stories of the leading professionals she encounters, providing a thorough, thoughtful account." ( Library Journal)
"If psychoanalysis studies the brain as mind and neuroscience studies the mind as brain, can they somehow learn to work together to help us understand who we are? Casey Schwartz takes us on a charming, personal quest to reconcile hard to reconcile views - watching, fascinated, as the brain, maybe the most unfathomable thing in the universe, tries to fathom itself." (Alan Alda)
"For too long, we've had to choose between the mind and the brain, between a psychodynamic vocabulary and a neuroscientific one. In this generous, insightful, witty book, Casey Schwartz looks at the steep cost of that dichotomous construct. Her meticulous reporting and lucid reasoning resolve seemingly intractable dialectics with the sheer grace of common sense." (Andrew Solomon, author of Far from the Tree)

My impression is that the depth of knowledge is just not there yet for this field; the book is often more about why we should tie psychiatry with neurobiology than what the tie has improved in our knowledge. It begins following around a South African neurologist who delves into analysis with his patients and ends with a lot of pages devoted to a counselor who is devoted to an aphasic patient. In between there is some reflection on the limitations of both fields and how they might compliment each other.

The book is well written and clear. It is an interesting listen leaving me wanting more from this field.

A good summary of the subject from Freud forward.

I enjoyed the story telling and the introduction to people and changing thought. Well done.

The story wanders aimlessly all over the place. Listened to all but 1 hour and just couldn't take it any more. It was so awful I got my money back,

I liked the narrator EXCEPT when she tried to use various accents for the characters. It was if someone had been doing it as a joke at a family gathering.

Usually I can fight my way through a book even if I don't like it. This one was an exception. I found the narrator's voice VERY annoying and the story the author was telling didn't make up for it. I got about 4 hours in, gave up, tried again, and gave up again.

There is very little scientific information, so do not buy this book if you are trying to learn more about the topic. The story is not interesting either, with a very confusing narrative and somewhat dull story line. So, you will get no entertainment from this. And the narrator making voices is a little bit annoying. I listened until the end, hoping there would be something of value, but except for one chapter (6, I believe) this book is a waste of time and money.