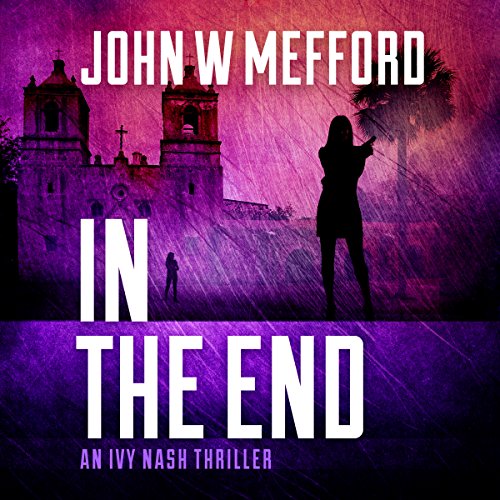 A generation has lost its way. And no one will sin without retribution.

Parents are crushed after their daughter is ripped from their lives. Ivy chases every lead, but the fog of deception is deep.

For mankind, the end is near. How many sacrifices will it take before the cataclysmic events can't be stopped?

It was supposed to be a confession. Instead, it became a statement of conviction - to Satan.

Will Ivy be able to stop a demonic killer?

It's one woman's pledge to save a generation from a fanatical psychopath.

It's one man's path to claim his destiny.

Can Ivy possibly back away from the threat?

He believes Ivy has sinned. And it is time for her life to end...just like all the others.

Wow! This series keeps getting better! This book is about another missing young girl. Ivy Nash who is a PI specializing in finding missing people gets hired by the girl's parents to find her. The parents are illegal aliens and are afraid to go to the police for fear of deportation. Although Ivy's friend in the police department assures her this won't happen, the parents remain firm in their decision.
What is uncovered during the course of the investigation is scary. First there is a satanic sacrifice of an animal. Then two girls are found murdered in a church. Is the missing girl another victim?
The book seems to be ending on a high note when something horrible and totally unexpected happens. Another cliffhanger! Looking forward to the next book.
If you found this review helpful please indicate so.
Thank You.