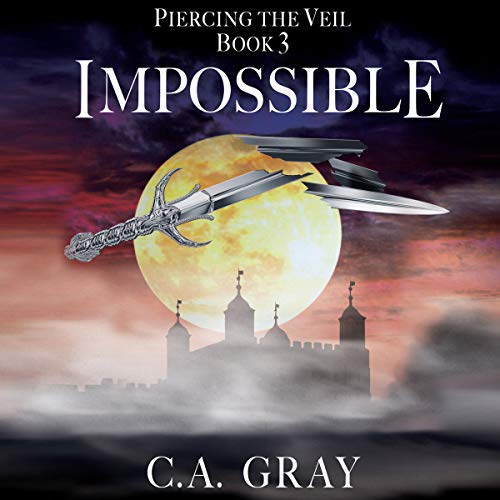 The Shadow Lord has the Philosopher’s Stone and, therefore, an army of invincible penumbra. He also possesses the fragments of Excalibur, the legendary sword prophesied to be the instrument of either his own destruction, or that of the Child of the Prophecy. The sword, he knows, requires blood to be reforged...and he knows exactly whose blood he wants.

Meanwhile, the Watchers are desperate to steal back the fragments of Excalibur and find out how to reforge them before the Shadow Lord does. Isdemus places Peter and Lily in Carlion’s sister cities for safe-keeping until the war begins. But Peter and Lily have an idea that might enable the Watchers to steal back the fragments, in spite of the Shadow Lord’s invincible army.

Their plan requires them to travel halfway across the world, to an island largely believed to exist only in Greek mythology. Along the way, however, the Shadow Lord uses a pawn to convince Peter and Lily that they are powerless. Without their gifts of the Ancient Tongue, will either one of them stand a chance?

In this gripping conclusion of the Piercing the Veil trilogy, the Watchers and the Shadow Lord both amass their ranks, the battle begins, and the true identity of the Child of the Prophecy is revealed - to the shock of all.

This has been an awesome, entertaining series! The story is well written. The characters are lively and well developed. It has been a joy to ride along as their characters have struggled with the emotions of teenagers and gaining the maturity they needed.

Great job to all!

Really good action continues through the last book of this series. It is the simple faith like a child that saves the world. When we let others plant doubt in our ability it can be very damaging. Having someone believe in us and support us is the best support we can have. I also like the idea of helping others get rid of that small voice that discourages us from time to time. Love the story. This is my second time to read that series. Would love to see this in a movie.