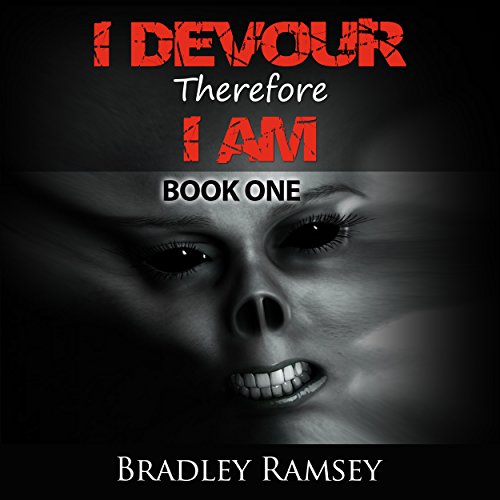 I Devour, Therefore I Am

I Devour, Therefore I Am

Enter the new dimension of intensity! Book one of the post-apocalyptic horror that (very easily) could become real.

In the first audiobook of the trilogy, I Devour, Therefore I Am, an ancient order must perform a sacred ritual at Stonehenge; the remnants of an ancient prison known to the order as "The Circle of Captivity."

Arlana Tristus spent her entire life defying her own destiny, but now she can run no longer. The ritual at Stonehenge has failed, the prison bars have been shattered, and what lies within is unleashed upon the Earth.

It spreads like an epidemic, faster than anyone could have imagined. It infects in seconds, silencing the heart and taking control. It feeds on the memories of its hosts, learning about humanity more and more with each person it devours.

Meanwhile, a depressed father drinks away his sorrows in his homeland of Ireland. He is trapped a world away from his son and estranged wife, when the quarantines go into effect. He will witness firsthand the power of Earth's newest denizen.

Two people, one destiny: to stand against an evil that has waited millions of years to be free. Fail, and it will mean the end of everything you know.

The lackluster narrator was really hard to get beyond. Her monotone voice made it difficult to distinguish between characters, action, story progression..