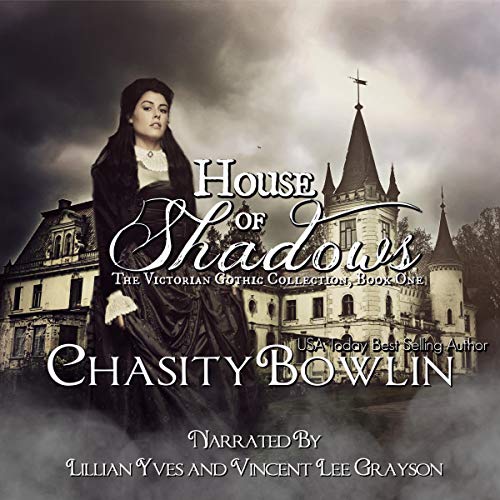 After losing her father and nearly losing her life when their ship sank off the coast of Cornwall, Adelaide Hampton Parke is faced with a terrible dilemma. Her stepmother has demanded that they immediately set sail for New York but the very idea of stepping foot on board another ship and facing the uncertainty of a Transatlantic crossing leaves her paralyzed with fear. Not to mention that her relationship with her stepmother is contentious at best and she's been given only six months to return to New York and find herself a husband or be put out of the family's Park Avenue home to make her own way in the world.

Salvation comes, unexpectedly, in the form of a telegram from Eldren Llewellyn a Welsh lord and the sole owner of a mining empire. He'd partnered with her father in multiple business ventures, and upon the man's death, proposed to Adelaide in order to spare her the ordeal of returning home in her stepmother's less than tender care. But as she travels to his remote estate in Snowdonia, Adelaide comes to realize that his ancestral home, Cysgod Lys, literally the Shadow Hall, is filled with secrets and dark things she cannot name. Fear is her constant companion and she begins to wonder if her new husband is her savior... or her doom.

Please note that this is a true trilogy. It isn't three interconnected stories, but one story told over the span of three books. Each audiobook can be listened to as a complete story on its own, though it will help to listen to them in order.

On the edge of my seat!

This title, first in a 3-part series, is exquisitely written and narrated! I *hated* finishing it because I know the sequel, soon to be released, isn’t in my little paws yet, but OMG! If you love cliffhangers, trying to guess the mystery behind the entire series, and Victorian-era mystery/romance, this title is for you! Chasity Bowlin has crafted a truly terrifying, in the best way possible, tale of hidden secrets, hauntings and malevolent characters that had me worried for the fate of our H/h the entire book through!

The dual narration, by Lillian Yves & Vincent Lee Grayson, is pitch-perfect for the tale and like nothing I’ve ever experienced before, and I solely listen to audiobooks now (a medical condition has rendered me unable to binge a book or series any longer). This Gothic tale will keep you up all night and I think the entire series will turn out to be repeatedly binge-worthy!

In short, you won’t regret this investing in this title & I cannot wait for the next two titles in the series to release on audio! Tons of period detail and spooky, Jane Eyre-esque fun will have you not wanting to ask Alexa to pause for anything! NOT A THING!

In short, I loved this audiobook and I think you will, too. Highly recommend! A++++!

Note: I received this title for free in exchange for my unbiased review.

This was such a great listen!

Important note: I was given this free review copy audiobook at my request and have voluntarily left this review.

This was a fun listen, seriously. Yes, the book ends on somewhat of a cliffhanger, but as a writer, I enjoyed listening to this author's style of writing! It even inspired me to work on my own stuff and improve what I was writing.

The characters are believable, as is the world in which they live, and the narrators do such a phenomenal job of bringing each character (be they a main character or not) to life. There's also some great creepiness added to the audiobook that had me wondering whether or not I should've been listening at 1:00 in the morning! (Scary!)

I can't wait to hear the next two books in this series! All three people involved, the author and the narrators, have done fantastic work here, and it's well worth the listen.

Romantic, Spooky, and down right amazing!

I have read a lot of Chasity’s book and this one does not disappoint! I absolutely love the seemless blend of mystery, suspense, and romance that keeps you guessing at every turn!

The dual narration was done so well and in perfect harmony. Both narrators have smooth voices and a great range of characters that bring this story to life. It’s a must read for sure!

Fabulous Gothic Romance!
This is the first of a trilogy, meaning that books 2 and 3 continue the story.
And what a story this is! All the characters are well constructed and the story is just amazing. Exactly what I expect from a Gothic Romance, lots of unexplainable and weird happenings and the two main characters falling in love with each other.
I listened to a promotional copy of the audiobook and the two narrators, Lillian Yves and Vincent Lee Grayson have just blown me away. Seriously, I think this is one of the best pair narrated audios which I have listened to so far.
Well matched voices, superb expression and even a bit of eery background thrown in at appropriate moments.
So, we have a fabulously written story by Chasity Bowlin and a really powerful audio. I am definitely recommending this one!
My review is based on my thoughts and impressions of the audiobook version and it is given voluntarily.

Will not be continuing this trilogy

~Disclaimer: I received a free audiobook copy of this book.~

This really doesn’t feel like a complete book. It feels like a book that was chopped in half. I’ve run into this before with books and it isn’t a thing I appreciate. I understand authors wanting to get income, but this is a good way to make a reader just not read the rest of the books.

Adelaide is a very likeable character. She has trauma, but retains her sense of self regardless. Eldren was a likeable male lead as well. He has a strong sense of responsibility and his family tragedy has not shaken his good nature. The romance is very under-baked.

There was a decent creepy atmosphere. But it did feel a bit tropey at points. I suspect that you could find a better book with a gothic feel that is a complete book.

There were some errors. One example was that on page 10 she states that her fathers body was found, but on page 13 she then claims his body had never been recovered. It seems like something that would have been caught had there been better editing.

The narrators do a good job. The pacing is consistent. I love when books have both a male and female narrators when there are different POVs. It really helps with avoiding the whole narrator doesn’t do good opposite genders voices.

Overall, not a series that I will read the second or third book to. Honestly, I probably wouldn’t have finished this if I hadn’t gotten it for free.

What an incredible book!! The story was so good, and the suspense level was perfect! The narrators did a fantastic job telling the story. Their ability to change voices and accents was amazing and I was completely able to tell each character apart. I am so excited to continue these books and find out what evil lurks inside the house!

I was given this free review copy audiobook at my request and have voluntarily left this review.
I was not sure what to expect out of this book but I was really impressed. The combination of the writing and the narration was perfect. Vincent Lee Grayson was perfect for this book! He was spot on for the creepy parts and was great with switching for a "conversational" voice and an inner voice.

The story was tense and swept me along the whole way. I loved every second of it. Time to go find book number 2 and pray that the same narrators are going to blow my socks off!

This is the first of three parts in The Victorian Gothic Collection, a Dark Gothic Victorian Paranormal Romance. Adelaide and Eldren's story is wonderfully well written, suspenseful, creepy, fast paced, and captivating, filled with secrets, danger, mystery, and romance. The characters are well developed and intriguing. The world building is enthralling. Lillian Yves and Vincent Lee Grayson did a fantastic job with the narration. I love their voices together. This is a great team author/narrators. The audio quality is perfect. I HIGHLY recommend it. Now, I can't wait to listen to the next book in the Series, Veil of Shadows, to know what happens next.

After a slow start,it picked up and was wonderful! A madness plagues the Welsh House of Llewlyn,with no where else to go,Adelaide agrees to marry the master.Unknown to all,she can hear the whispers and see the shadows no one can escape. Lillian Yves and Vincent Lee Grayson were perfect narrators. I was given this free review copy audiobook at my request and have voluntarily left this review.'

This is the first in a true trilogy and while paranormal isn't my usual read. this one captured my attention. This read/listen takes the reader on a wild ride of sorrow, suspense and mystery. Adelaide is left with little options after a tragic accident claims the life of her father. Left with little to no options she agrees to wed a man much older who she's only met once. But secrets lie within. The narration is perfect, I love that its dual which only adds to the magic of this read and the liveliness of the characters. While this read does leave with a bit of a cliffhanger it can be read alone. although for me, I can't wait for more!