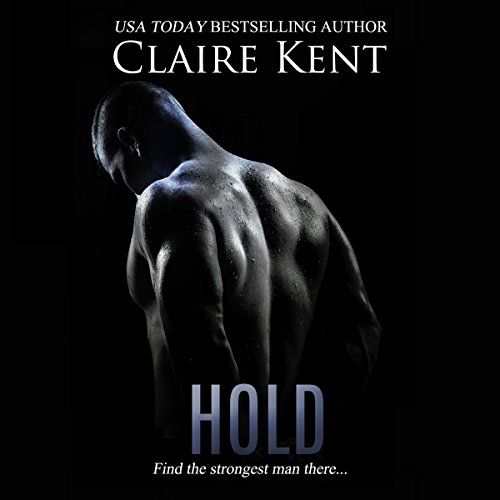 Find the strongest man there. Give yourself to him in return for protection. It's the only way you'll ever survive. Convicted of a minor crime, Riana is sentenced to a prison planet - a dark primitive hold filled with convicts vying for power. Her only chance of survival is with Cain, a mysterious loner who has won his territory in the prison through intelligence and brute strength. Sex is all she has to offer, so she uses it. She's under no delusions here. No one is ever released, and no one ever escapes. Survival is all she can hope for - until Cain.

An earlier version of this book was published under the same title and a different penname. It has since been substantially revised and expanded.

Exactly what I wanted

I loved this Audio. There is no pretense, no subterfuge. The description is exactly what you get. A new world where prison is the sentence no matter the offense and when you get there, it’s a dog eat dog world. Luckily the strongest man there is also the man of the strongest morals and convictions. He protects, desires, and eventually helps give both of them to safety into a life where they can both have peace, love, a century of their own. The Narrator did a fabulous job. The story was fast-paced and intense. I would definitely recommend this audio.

This is the first book in a loosely related series and I found the audiobook to be fast paced and so entertaining. The author describes her world she created so well that it’s easy to visualize. The hero is a prisoner in a underground open pit of a prison. The heroine is an archeologist who committed the crime of trespassing. In this Empire, all crimes get the same punishment- prison. Told by the head guard to choose the strongest man for her protector if she wanted to survive, she ends up with the hero after a fight. There are some sex scenes, just FYI. Narration was very good, but I think a male voice might have added a little. Overall a great listen.

This story was just okay. I thought we would see more of the world they lived in but not really. They didn't enact with the other prisoners as I would have thought. I know it was dangerous but being in a place like that for so long you would need to communicate more with others.
I wanted to know more about the characters and their background. So yeah it was okay

Good narration and story line. Would have like for a longer story that focused more on the two main characters. Epilogue could have been a better happy ending.

So much better than I expected!

The one thing I absolutely cannot stand in any story is a weak heroine and asshole hero. I didn't think it was possible for that dynamic not to exist here when reading the blurb. I was wrong. Somehow this author managed to weave a story with a strong heroine and compassionate hero which was based on a complete imbalance of power and a powerless heroine.

If you're concerned this has some weak ass heroine with a pet/slave dynamic...it doesn't.

Short But Hits The Mark

While short, it’s a wonderful dark story of prison life where the strong rule and the weak succumb or die terribly. Even with the terribly bleak beginning and bleak setting, I liked the story, and the idea of it, just wish it had maybe been an hr or 2 longer. But either way, both main characters are intriguing and you learn a lot about life inside a prison with practically no rules. Might just read the next one.

I have read this story, in one version or another at least 10 times.  When I saw that it was released in audiobook format I had to get it.  The audiobook is becoming my favorite way to enjoy books.  I think it’s because I can listen while driving, or at work, unlike a book.

The Audiobook version of Hold was excellent, Kirsten Leigh was fantastic, and I am thrilled that Kent acquired such a brilliant narrator to do her book justice.   I will reiterate from my previous review that I love the original story better before Hall was introduced.  Yet I understand that he is intricate in continuing the series.   After going through the story a second time with Hall, this time in audiobook format, I was ok with his inclusion.

I really hope Kent release the other two books in the series in audiobook format, but if she doesn’t Hold will continue to be that book that I read over and over.  It is just so raw and primal.  I love it.

Find the strongest man & give yourself to him -!

I was so intrigued by the premise that, even though at the time (when the ebook first came out) I didn't think Sci Fi was my thing.
This is the book that changed my mind.
I loved it.
(And in fact, sci fi dark romance books are now my main reads)
I could talk about the bones of the book, but you have the blurb up there.
I'd love to dissect the unique mechanics of this couple's relationship, but I can't do that without spoilers.
Here's what I can tell you:
I WAS SO EXCITED to find this come out in audio!! And Kirsten Leigh is FABULOUS --- I was already familiar with her work (Preppy with Lance Greenfield anybody? *happy swooon* and Leigh has read Listed under this author's penname) and her voice talents shine beautifully with Hold too. It's funny; I prefer to read when I can, I just don't have the time anymore. But when I love the book, and the narrator is amazing, it can rival the experience of curling up and physically reading a book now - and Kirsten pulled that off with Hold. There is a line in this story where the heroine's voice is supposed to break in an emotional moment, and Kirsten did it *perfectly* --- I clapped. Seriously. I love great audiobooks, and this one was such a treat; I am beyond thrilled that I can listen to it whenever I want now --- and, it's worth noting, this book made it to my All Time Favorites list. The list of books that I'd want with me if I was stranded on a deserted, primitive island.
(A primitive island with electricity so that I can charge my kindle & phone of course or I'm gonna need everything in paperback...)
THAT'S how much I love this book.