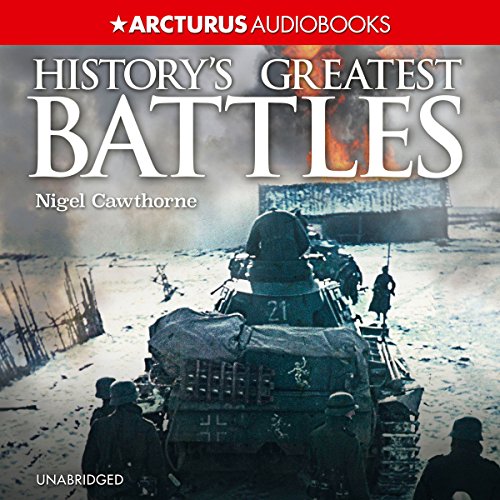 Great battles mark history's turning points, occurring as they do where cultures and ideologies clash. While some battles have been won by the superior force, others have been won by a sheer dogged refusal to surrender in the face of overwhelming odds. All the great battles in this book are pivotal in history: if any one of them had gone the other way, the world would have been a very different place. And none of them - with the exception, perhaps, of Iwo Jima and Berlin - was a foregone conclusion. From the battle of Marathon in 490 BC, when the vastly outnumbered Athenian army turned back an invasion of the mighty Persian Empire, up to the Vietnamese defeat of the French army at the battle of Dien Bien Phu, the battles in this book demonstrate that God is not always on the side of the big battalions.