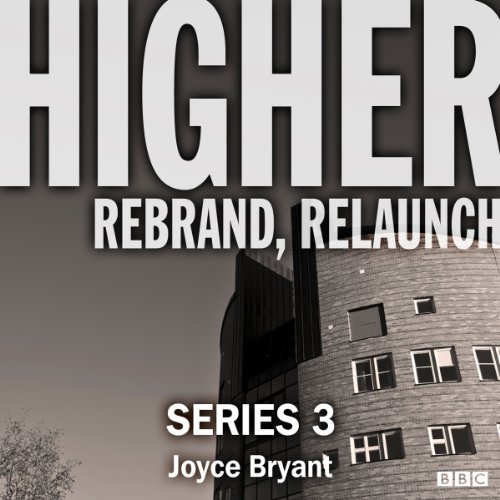 Higher: Episode 1: The Price of Partnership by Joyce Bryant. Teaching has become a dirty word at Hayborough University and when a new Dean of Research Development comes on board she urges partnerships abroad. So an international research centre for Pier and Wharf ethics is mooted. The only problem is the person sent to set it up - academic snob and sociopath, Professor David Poll. Everything seems to be going smoothly for the university until they realise the student they have recently expelled just happens to be the President of Epithea's son.

Episode 2: Restructure by Joyce Bryant. The Vice Chancellor wants to restructure three departments into two, so one of the Deans is for the chop. Jim Blunt is determined it is not going to be him. But he hasn't reckoned on the Dean of Arts, baby faced killer Roland Keith Chubb. Meanwhile in Epithea David is preparing to launch his Centre for Pier and Wharf ethics. But the President keeps on mentioning 'Baksheesh'.