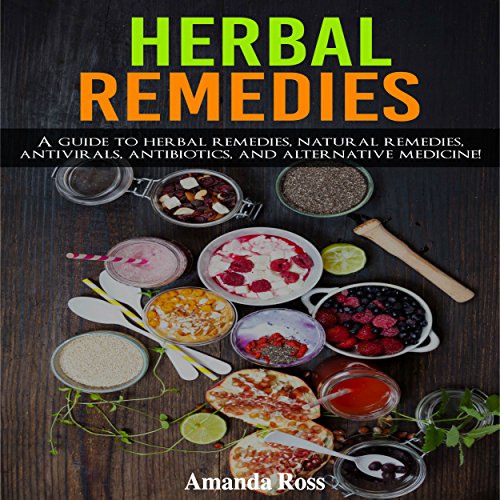 Unfortunately, pharmaceutical companies have long since passed the point where caring about patients is their number one priority.

As lifesaving medicine grows ever higher in price, herbal remedies, which have been around for generations, once again are starting to seem like the best choice. If you are interested in learning more about this ancient practice, then Herbal Remedies: A Guide to Herbal Remedies, Natural Remedies, Antivirals, Antibiotics and Alternative Medicine is the audiobook you have been waiting for.

At its most basic, herbal medicine, also known as botanical medicine or herbalism, is the use of any plant, part of a plant, or herb that is used expressly for its medicinal or therapeutic value, including treating current ailments or preventing new illnesses from developing. Despite the relatively recent popularity of Western medicine, herbal medicine is still the most commonly practiced type of medicine worldwide, just as it has been since time immemorial.

While many people in the United States are only just finding out about the wide variety of benefits that are possible with herbal remedies, they have actually been a major part of the evolution of medicine dating back to the ancient Egyptians and beyond. In fact, scrolls dating back to 3,000 BC have been found in both China and Egypt describing plants as part of the healing process.

Just because modern medicine says otherwise, it doesn't mean that these natural remedies are any less effective now than they were then, and often without many of the harsher side effects often found in modern alternatives.

So, what are you waiting for? Tap into the knowledge of thousands of generations from around the world, buy this audiobook today!