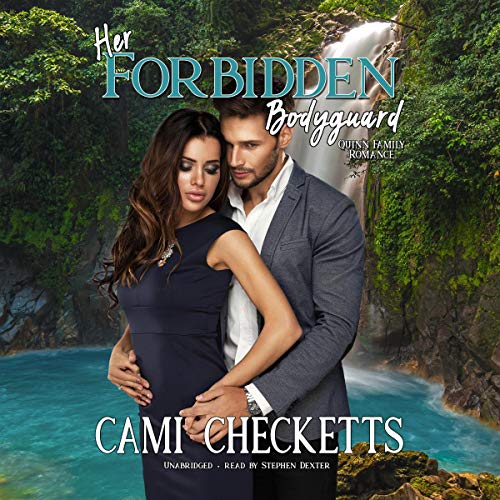 An actress in hiding. An army hero who shattered her heart. His only chance to win her back.

From the time she was fifteen years old the well-known movie star, Kim Heathrow, has dealt with a vicious stalker. The only time she felt safe was in the arms of Colt Quinn. When Colt breaks her heart, she flees to Costa Rica. When Colt shows up five years too late to protect her, she’d rather face physical danger than risk her battered heart to an unwanted reunion.

When former special ops agent Colt Quinn broke things off with Kim, he swore he’d never open himself up to hurt again. The truth comes out five years too late, he realizes he may have lost the only chance to earn Kim’s trust back.

Will unforgettable experiences in the paradise of Costa Rica give Kim and Colt the chance they need to heal or will old wounds prevent them from reconnecting?

Fans of Sutton’s Security and the Quinn Family Romances will love this fast-paced romance, Colt Quinn’s second chance at love.

I don't think I can adequately express how bad this book is. MAY HAVE SOME SPOILERS.....Short synopsis: Colt thinks Kim cheated on him; Colt cheats on her to get back at her; Colt ghosts her after that for 5 years (even though he knows she has a stalker). Colt dates MANY women and it is in social media so Kim can see that. Kim doesn't date anyone during that time. Colt "learns" that Kim did NOT cheat on him 5 years ago. Colt gets himself assigned to Kim's protection so things can go back to them being together. Colt relentlessly pursues Kim because he never stopped loving her. Colt expects Kim to fall back into his arms.

He cheated on her. That should be enough. But, he cheated just to hurt her. And, made sure she saw him. He still acted like an arrogant jerk and never seemed to be sorry enough when he came back to start things up with her again. Unfortunately, even though Kim did not want him there, she always let him get the upper hand and was always ogling him and longing for him.

I know it is unrealistic, but I read romances to feel good. I want to read that, if he loved Kim, he couldn't get it up for anyone else - much less 5 years of weekends of different women. I already said it may be unrealistic, but it is romantic. Or, at least let her be able to do some, too instead of just being a doormat.

I tried to at least finish - but, NO, NO, NO. After reading for almost 60 years, this is the worst book I have ever tried to finish.

Dragged out the angst repeating same thing over and over. Extremely Repetitious The story idea had great potential. I found myself fast forward a lot. I wanted to like the story

The narrator can only do so much

This is THE worst book in the Quinn series hands down. Not sure if the author and her editor just got tired but.. wow. The amount of times she used the same phrases and sentiments are embarrassing for someone with this many books under her belt. Both leads are weak in character and frustratingly obnoxious. I found myself rooting for the stalker to take them both out.

I really enjoyed reading this author.  I look forward to reading more books by this author in the near future.

I wanted to finish the series. but I struggled to finish each book. I didnt like how he just blew into her life as she's terrified and everyone is forcing her to give him a chance He didn't earn.

Thanks for the little suspense!

it's unfortunate that the series ended this way. The entire book was a repeat of the same actions, same thoughts and the same spoken words. if I didn't want to discover the unknown sub. I would have stopped listening 4 chapters into the book.

The writing is juvenile. I got it for free and will return. I hope her other stories are not so childish.

Great Author… This is a Miss

The bodyguard who spends his time & attention on telling the protectee ‘I love you’ instead of doing his job like a lovestruck 16 year old. Stalker?? I really wanted to get to the end… wasted too many hours… gave up. Cami is a great author… did the editor not bother to actually read it?!?

Another beautiful romance! Lots of suspense, conflict, hope and longing and as I’ve come to expect with this author, sexual tension but no sex.