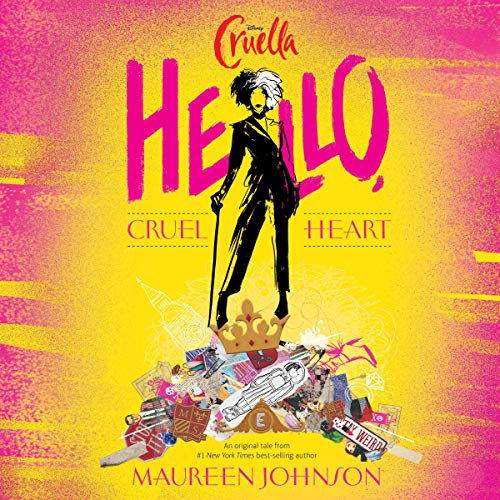 Swinging London, Summer 1967. Sixteen-year-old Estella, gifted with talent, ingenuity, and ambition, dreams of becoming a renowned fashion designer. But life seems intent on making sure her dreams never come true. Having arrived in London as a young girl, Estella now runs wild through the city streets with Jasper and Horace, amateur thieves who double as Estella's makeshift family and partners-in-(petty)-crime. How can Estella dedicate herself to joining the ranks of the London design elite when she's sewing endless costumes and disguises for the trio's heists?

When a chance encounter with Magda and Richard Moresby-Plum, two young scions of high society, vaults Estella into the world of the rich and famous, she begins to wonder whether she might be destined for more after all. Suddenly, Estella's days are filled with glamorous parties, exclusive eateries, flirtations with an up-and-coming rock star, and, of course, the most cutting-edge fashions money can buy. But what is the true cost of keeping up with the fast crowd - and is it a price Estella is willing to pay?

it was nice to get a background story on Cruella aka Stella however it would have been nice to hear how she rose to fashionista after all the heartache. I hope there is a part 2 that brings her character to when the 101 dalmatian starts.

I know this is a villain origin story and it's supposed to be dramatic and sad... but this was just bad. It just kept dragging on. There was no end in sight. Cruella is insufferable. She "went bad" over a boy. Stupid.

I did like the story, but after a time, it became dull. There were moments where I was getting excited to see where the story would go, but otherwise, it just wasn't for me. I would still recommend it.

I am cruella now

Loved it always wondered where the cruel in Cruella came from. talk about a ginger snap. Lol