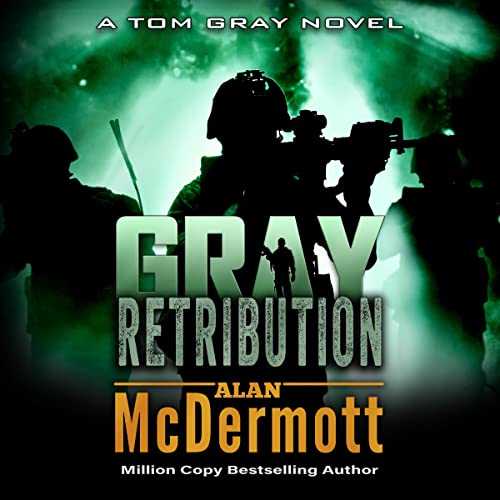 Book four, a continuation of the Tom Gray series. This book was previously published by Thomas & Mercer, an Amazon Publishing imprint.

Tom Gray is enjoying time with his family after the birth of his daughter, now three months old, and just wants an easy home life. However, trouble has a way of finding him. While he is visiting his uncle’s new grocery store, thugs arrive demanding protection money, and in the ensuing fight, Gray is hurt.

As he recuperates, Gray learns that a team of friends is facing grave danger on a mission in a tiny war-torn African nation, where an evil warlord is kidnapping boy soldiers to do his work in his bid for supremacy. Gray sets off on a rescue mission, but with his attention now divided between two continents, events are spiraling out of control, and Gray must fight to save all that is dear to him.

In Gray Retribution, the fourth book of the popular, action-packed Tom Gray series, suspense builds to an unforgettable ending.