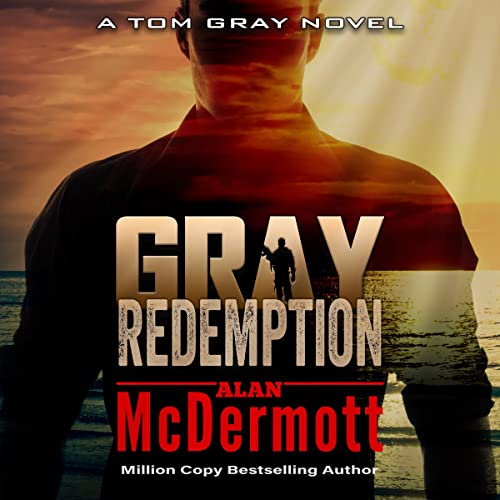 Book three, a continuation of the Tom Gray series. This book was previously published by Thomas & Mercer, an Amazon Publishing imprint.

A year after he was declared dead and began living under an assumed name in the Philippines, Tom Gray wants his life back….

Along with two ex-army buddies and a woman he rescued from terrorists, Gray attempts to make his way home to the UK to clear his name: no easy feat when members of the British government want to kill Gray and his loyal friends, and the long clandestine journey home on a container ship gives Gray’s nemesis, James Farrar, the time to hatch a plot to intercept him.

In Gray Redemption, the third book in the popular and action-packed series that began with Gray Justice, the hunted and the hunters converge. Tom Gray’s only hope is to seek the help of an old adversary and pray he still believes in justice.