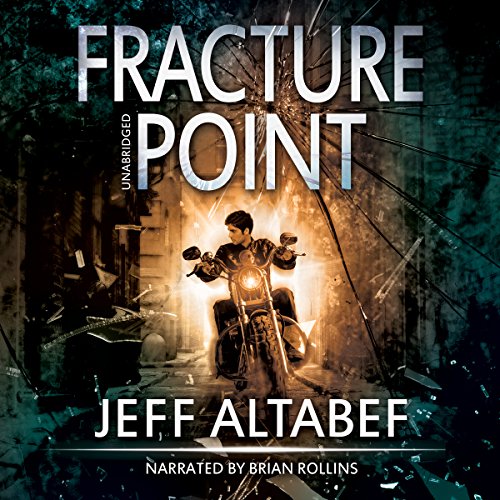 The best-kept secrets in 2041 America are the deadliest ones.

A rebel on a motorcycle.

And a killer with a penchant for torture.

Food is scarce, good jobs the rarity, and big brother is watching everyone. Will Jack and Tom's family be torn apart in the mayhem, and how far will one brother go to save the other's life?

In 2041, America is rife with ghettos and armed checkpoints, and poverty runs rampant. A bloody civil war is brewing and everyone will be forced to take a side. Education is the only way out of a life where you're never sure where your next meal will come from, or what you'll have to do to get it. Tom aced his assessment tests and scored an education contract, giving him a way out of poverty. Jack isn't so lucky.

When Jack, a spy for a rebel faction, goes missing, only his brother Tom can unravel the mystery of his disappearance. He will risk everything to save his brother from Warren, a killer who enjoys torturing his victims and making them beg for mercy. On a mission, Tom plunges into a world filled with secretive rebel groups and spies, psychotic killers, lies and murder at the highest levels of political influence. When he also discovers that his family has been keeping secrets from him - secrets that threaten to doom them all - he doesn't know whom to trust.

Tom must break every rule he's lived by, and go head-to-head with a psychopath, if he's to have any chance of saving his brother - and just maybe, keep America from reaching the fracture point.

Fracture Point, my third read/listen from author Jeff Altabef, the first one was the short story ENEMIES OF THE STATE and was so good I had to come back for more!. Altabef does a good job in getting you so caught up in the story that you get caught up in the runaway train that the story is. I really liked it and look forward to his next book. I don't restrict myself to a particular genre. I'm a sucker for anything with memorable characters and a story that keeps me guessing and a plot that keeps me turning the page & this book did! Narrator Brian Rollin’s narration added greatly to the book’s enjoyment. I was given an Audible copy of this book & am voluntarily reviewing it. (RIP Marley January 20, 2014 - July 24, 2018).

Set in 2041 in a corrupt America on the brink of Civil War; with unfair laws, dishonest officials, numerous ghettos, violence and manipulation everywhere. Fracture Point will take you down a path that verges on horror, but it is not due to any supernatural entities or war, just human greed and disregard for his fellow man. Jack is a spy for a rebel faction and when he goes missing, his brother Tom (who has no real idea what Jack was involved in), tries to find him and ends up being in a world of terrible danger. The narration of the audiobook was great, he easily brought out the fear, horror and tension in the story, making it captivating and believable. This is an action packed, fast paced, violent story that will keep you on the edge of your seat and shows a future that you could actually imagine happening.