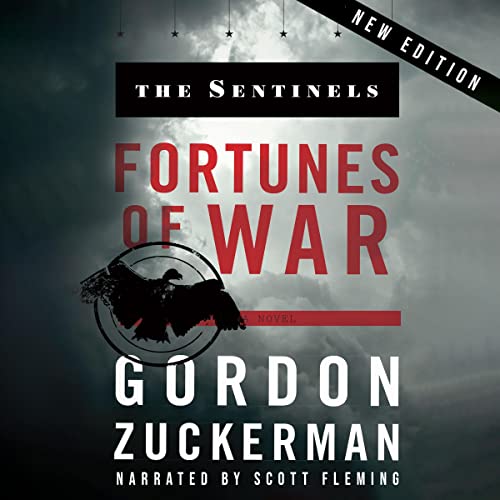 During the financial devastation of the 1920-'30, a group of German Industrialist assume control of their government by supporting Hitler and his Nazi Party's rise to power. Goals of nationalism turn in a quest for global Aryan supremacy, leading a world to war. In 1943, the Sentinels learn of an attempt by the same industrialists to smuggle their "Fortunes of War" out of Germany before the Allied forces invade. Fearing the wealth will be used to finance the organization of a Fourth German Reich, the Six Sentinels gather together in an effort to prevent the Germans from achieving their goal. The story escalates at every turn, and allows the listener to ride "side-saddle" with the principal characters for more than two years, as the battle of opposing conflict is waged over two continents. Intrigue, danger, romance, disappointment, trust, and betrayal are never very far away.

Originally published in 2009, under the genre "historical thriller, fiction”, Fortunes of War remained atop Amazon and Barnes and Noble's best sellers list for two years. It is the first book in what will be a continuing series that pits the resourceful problem solving efforts of the Sentinels against those who abuse the privileges of free-enterprise in the quest of their self-serving agendas.