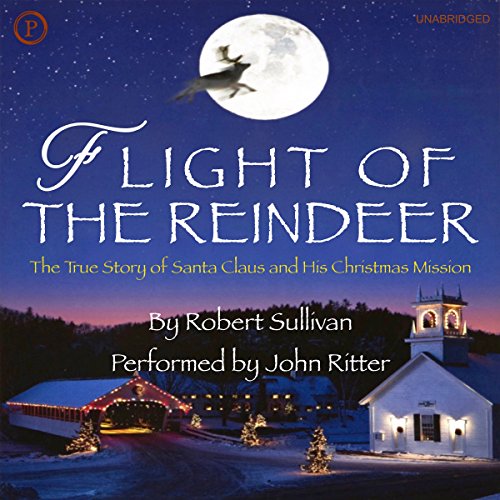 Flight of the Reindeer

Everyone believes in Christmas, but what about Santa Claus? Is it only the young who wait for that one special evening every year? With the expertise of some of the world's most renowned Arctic experts, wildlife biologists, historians, and polar explorers, Robert Sullivan offers proof positive that Santa and his team do indeed exist.

Narrated by Emmy and Golden Globe award-winning actor, John Ritter, who is best known for his role of Jack Tripper in the sitcom Three's Company. Ritter, who died in 2003, was the son of the singing cowboy star, Tex Ritter, and the father of actors Jason Ritter and Tyler Ritter.