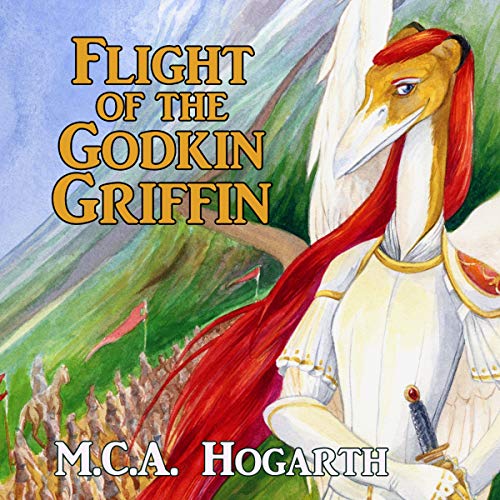 Flight of the Godkin Griffin

On the eve of her retirement from the army, Mistress Commander Angharad Godkin finds herself reactivated and directed to replace the governor of the newly conquered territory of Shraeven. With its multitude of diverse societies and religions, the province will not be easy to tame; but Angharad has 34 years of experience and is determined to succeed - even with the additional challenge of an ex-lover as her second-in-command.

However, what starts out as a seemingly predictable military challenge takes multiple unexpected turns at the hands of Shraeven's rebellious people, their unorthodox beliefs, and their capricious, demanding, and very tangible gods. Angharad quickly finds herself the central piece in a game being fought on too many levels, all of them very foreign to her nature and background.

But if she's being forced to play, she's going to play to win; and Shraeven may come to regret having gotten her into the game.