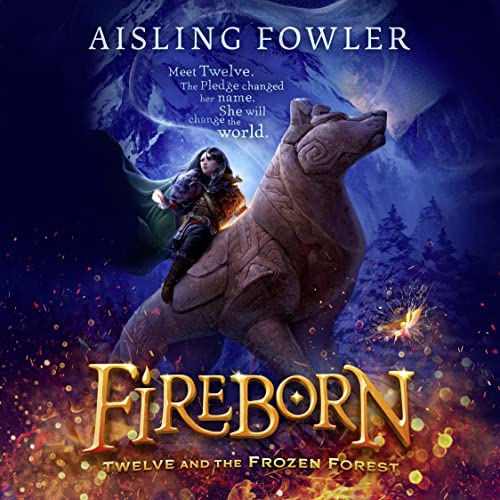 Fireborn: Twelve and the Frozen Forest

Set in the snowy northern forests of an imagined prehistoric world, Fireborn is the middle-grade debut of the decade. At turns exciting, funny and heart-wrenchingly sad, it marks the introduction of an unstoppable new voice in children’s storytelling.

Twelve has spoken the Pledge, and now she is a Huntling. She has given up her name to train in the art of fighting monsters and keeping the peace, and she won’t get to choose a new one until she has earned it.

But when the Lodge’s walls are breached for the first time, and a little girl is taken, Twelve is the only one interested in going after a child....

Teaming up with Dog, the Stone Guardian of the Lodge, Twelve ends up on an epic adventure that will change her life, her name—and her entire world.

"This debut gets off to a scorching start. Gripping and immersive." (New Statesman, Best Children’s Books for Christmas 2021)

"This remarkable debut pulsates with energy and drama." (Daily Mail, Best Children’s Books of the Year)

"Fireborn is a thrillingly assured debut that grips from the get-go. Featuring a fiercely charismatic heroine and a cast of extraordinary companions, it transports the reader to a fascinating landscape of ice and peril. Aisling Fowler conjures up the perfect balance of high adventure, breathless action and eerie wonder, mixing it all with scenes of genuine emotional power. Elegantly structured, endlessly exciting, Fireborn is the perfect introduction to a rich and magical new world." (Jonathan Stroud, author of the Bartimaeus series)