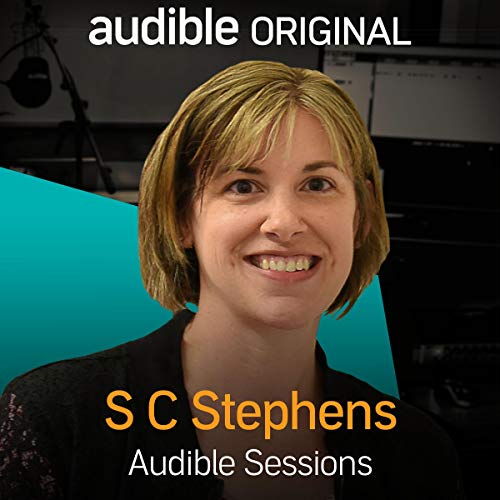 If you could sum up FREE: Audible Sessions with S C Stephens in three words, what would they be?

This interview revealed good bits of info that I wasn't already aware of prior to listening to it. I've actually now listened to it three times as of today. =)

When SC Stephens explained her Thoughtless series shouldn't be categorized as erotica/erotic romance even though she understood the comparison to Fifty Shades of Grey series which is more explicit than her series. I liked how she defined the difference between erotica and romances like hers that have descriptive sexual content without 100% falling into the erotica category.

I loved learning how SC Stephens got her start as an indie author by self-publishing her first novel in paperback just for her fans. I'm so glad a traditional publisher took note and signed her to her first traditional book deal.

I have met her at a few book events in the past 2 years or so, and I follow her on social media but not super closely. So I enjoyed learning more about her - her approach to writing, when she tends to write, that she has kids who now want to be writers too, how many fans have told her the Thoughtless series was so relatable, that more books in the Conversion and Thoughtless series are coming out eventually and that she understands the appeal of audiobooks. Oh and learning that her first name is Shannon was cool! I had no idea.