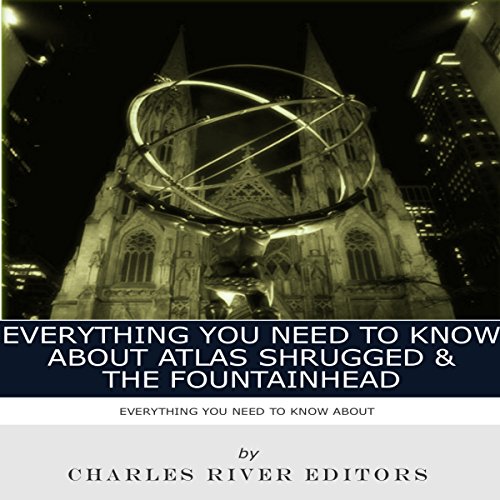 Everything You Need to Know About Atlas Shrugged and The Fountainhead

Everything You Need to Know About Atlas Shrugged and The Fountainhead

"Government 'help' to business is just as disastrous as government persecution.... The only way a government can be of service to national prosperity is by keeping its hands off." (Ayn Rand)

The seminal events in Ayn Rand's life occurred when she witnessed firsthand the Bolshevik Revolution and the ultimate Communist victory as a teenager. Rand's experience with the maelstrom of this revolutionary zeal and cultural breakdown greatly contributed toward the formation of Rand's philosophy of objectivism, individualism, and antireligious ideas. During her last year of high school, she was introduced to the history of the United States and immediately decided to make America her model of what an ideal society should look like. Rand came to the United States as a young woman for a visit in 1925 and, as fate would have it, she never returned to Russia.

When Rand first embarked on writing The Fountainhead, her first major literary success, she intended to deliver a book that incorporated her philosophies on 20th century society while telling a story that was less politically inclined than her initial novel, We the Living, which was set in postrevolutionary Russia and promoted her tough, unwavering stand against communism. In The Fountainhead, Rand took many of the seeds of individualism that she sowed in We the Living, enhancing and heightening them into her new book's dominant theme. The Fountainhead clearly represents Rand's disdain for and rejection of the notion of collectivism, and holds not merely individualism but also objectivism, a philosophy attributed to the writer herself, as components critical to man's ideal state.