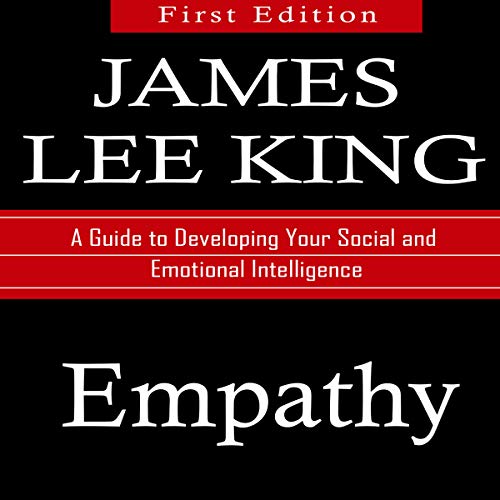 Empathy: A Guide to Developing Your Social and Emotional Intelligence

We are constantly plugging in and exiting when we fall asleep and awaken to a new day. This book covers much of what should be talked about in the current climate of mankind. Empathy and empaths are involving, just like technology is providing us with the answer before we get to think about the problem.

There are many who see themselves as special, empathetically. But in my opinion, we all have the ability to access what is known as the mother ship of feelings and emotions: ourselves.

The fact is we don’t revel in silence and isolation. Some can’t stand to be alone for more than a few hours. Some find it excoriating to hear that they are loners or indifferent to the norms of society. I touch upon my opinionated view and truths; in the aspect of it-is-what-it-is.

How can you begin to be infatuated with a gift that is closer to the cosmos then many realize? It’s not a crying shame to suffer from those who abuse your opened ears and welcoming arms for their pleasure. Take it as a learning lesson and operation of self-defence needing to be detracted for the sake of evolving into a new resolution.

A new gearstick is what I try to convey with this book. I’ve come across so many articles and all are very similar. Yes, I’ve taken parts to supplement the nutrients and make it a healthier proposal, but like Bruce Lee who took particles from various martial arts techniques, it leads to an all-rounder that consists of what I was trying to get across.

This book on empathy came from the sinking depths of being quite sensitive myself. And having a hard time with my focus just being on people. You see, we waste to much time on man/woman, and ignore the home that we were placed in. Who gave us life? Some say God. Others say the aliens. And if you want to go deeper, then there’s a specific type of species that envisioned the completion of the world in seven days. (Just like the Bible portrays).

Do I talk about aliens in this book? No. But the ethereal and the propaganda of empaths being a specialized weapon is not what the aim should be. For those who care agonizingly to the point of wanting to sacrifice themselves for the world then this can be one of your future guides.

The weak-minded are not that weak at all. Just like the mother who gives birth and is disregarded as inadequate to the male. Think on this: A new birth is what can be found when one opens themselves to new possibilities and defensive shields.

I do talk about arming and preparing yourself. Do not take on more than can be handled. My book can be one way of directing people to the light of the empath and the connection with the world. When you allow all around you to manifest, you’ll see a whole new agenda in the air. I truly hope it helps.

This is such an important book for the current times. It identifies our biggest problem and our best solution.

This book makes a convincing case that the key ingredient in human progress has been our ability to continue to see the world from someone else's perspective.

This book is incredible. I have never known about


This book is incredible. I have never known about most of these techniques and they helped me get past so much pain and emotional garbage. I feel better than I have in years and I can not thank the author enough for writing this. I can not recommend this book enough.

Many books are limited in perspective and tools. This book is good for those still questioning if they're an empath as well as those along all stages of the journey. Wish I had this when I was starting out, yet I found some new things to explore.