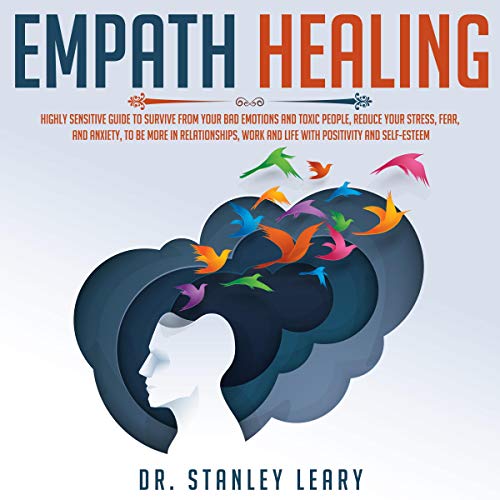 The truth is: An empath is someone who is emotionally aware and sensitive to the feelings of those around them.

Empaths offer a fresh perspective on how the world works. They see everything differently. From the emotional needs of the people around them to garnering a keen sense of awareness of their pain points, empaths know it all. Sometimes, their instincts are not limited to the boundaries of mental emotions. Many people believe that empaths can feel physical pain as well. In simple words, empaths are spiritually aware of the things happening around them and possess the ability to pick up on the past and living experiences of the people around them.

If you are an empath, you have the unique ability to absorb what others are feeling. In other words, you try to put yourself in their shoes and feel what they are feeling. What you will find interesting is that some empaths feel sudden bursts of random emotions in public, crowded areas. While that is not a concrete fact, it can be an indication for us to assume that empaths can absorb the emotions of random people in public as well.

Moreover, empaths are highly sensitive. You will not be able to force them to dwell in an atmosphere or area they find repulsive. A peaceful, tranquil area makes them flourish like no other place. That is because they tend to pick up those very same qualities from the places where they are at. Because of their high sensitivity, it is common that an empath might be suffering from some degree of post-traumatic stress.

Empaths and highly sensitive people have heightened senses and are emotionally mature beyond their years. While this might be considered a boon by some people, it is not so in reality. Such people usually are undergoing through some level of post-traumatic stress because of their apathy with the woes of the experiences they face.

Empaths can often be mistaken for being introverted, aloof, or snobbish by other people. But what these people fail to understand is that the distance that empaths keep from other people is to protect themselves.

However, such sensitivity to emotions is also a blessing in disguise. Empaths are also armed with the knowledge and skill to heal themselves emotionally. They can do so using a variety of techniques.

The goal of the audiobook is simple: It tells people about empath healing and teaches them how to use it to heal themselves emotionally.

You will also learn:

I couldn’t put the book down it has help me to understand myself a lot and to dig deeper of wanting to grow . Thank you for an amazing audio.

This book gave me so much insight into how my mind and body function as an empath during a highly stressful times. It was deeply insightful in helping me realize what I was going through so that I can take care of myself in an efficient and productive way.

Wow!! Not one other book has helped me on a personal level as much as this one. FINALLY, someone has put a name, a face, and an understanding out there for people like me. This book was like turning on a floodlight in an otherwise completely dark room. NOW I get it - who I am, how I am and how to care for myself the way I need most. Super grateful

I adopted some of the practices and eventually I was able to be more centered and present for every interaction throughout the day while still using the gift of empathy.

When I listen to this book, it helped me understand what was happening for me while working in the mental health field. I learned more about myself by listening to this book.

The ultimate book for Empaths

Purchased as a present for an individual empath, she's young she required some more direction when I'm not around...So this book will enable her to learn!

Great book for Empaths by Dr. Stanley. I recommend this book for those who are starting to awaken.

I felt like that chapter was written for me. I listen to the book in one day and learned some methods to help with everyday life and relationships. I plan to share this book with my physician as I think he thinks it’s all in my head. Great book!

Great book! A good friend recommended it to me and it has changed my life. I am an empath and this book has helped me understand and deal with things that I didn't understand before.