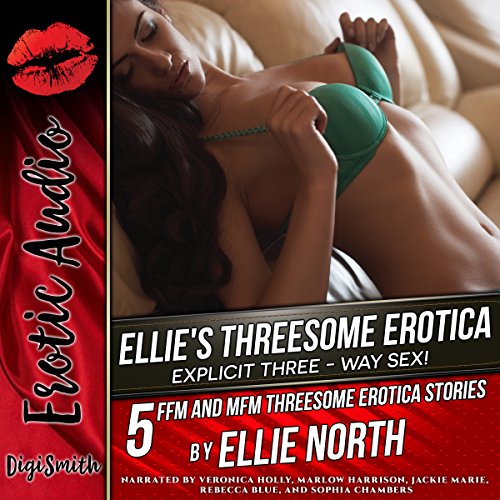 The stories in the collection include:

I know Dean loves me. But I also know he's not really satisfied with our sex life. I try...I really do. But I was raised in a little town where no one ever did anything adventurous, especially when it came to sex. Half the time, I have no idea what he's talking about. But I know if I want to keep him happy, I need to make some changes. But with the help of my college roommate Brittany, I might be able to do that. And in the process, I might just discover what turns me on. Hope Dean's ready for the new me.

Megan is an innocent woman who has limited experience with men. She is the smart type who dates nice guys and enjoys ties with a close-knit, Christian family. She spends most of her spare time with her close friend who is the uncanny opposite of her. Megan has always envied her friend Rita's lack of inhibition. But she doesn't believe she could ever step outside her own norms. An encounter at the car wash changes all of this. She meets a man who unlocks something within her that she never knew existed.

Kate has only ever been with her husband, and she thought the feeling was mutual. Lately he's been distant, working on his dream of breaking into the film industry. What she discovers is that Gary has been with other women - most recently a prostitute named Harmony...on their couch. It's time for Kate's revenge - with two sexy strangers!