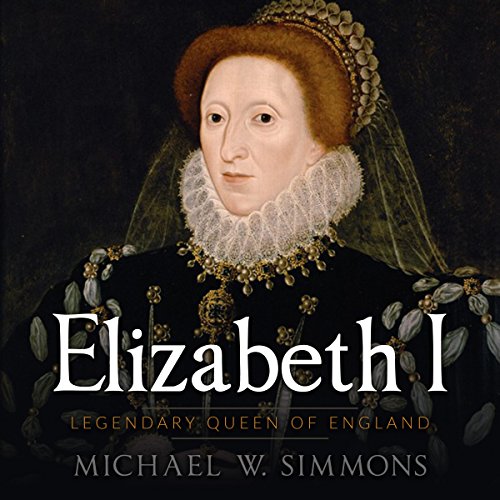 When Elizabeth I took the throne of England in 1559, hardly anyone knew what to make of her. Born the heir to the throne, she was declared a bastard when she was three years old, after her mother was executed for treason, witchcraft, and incest. During the reign of her sister, Mary I, she was a prisoner in the Tower of London, where she was expected to die. But when she became Queen, at the age of 25, she swiftly stunned the royal court by stepping into the seat of power with grace, intelligence, and an air of majesty that maddened and enchanted the men around her.

For 44 years, Elizabeth I guided England through religious upheavals and plots to overthrow the government. Courted by all the most powerful princes in Europe, she baffled her advisors by refusing to marry any of them. And when England stood under threat of invasion by the most powerful nation in Europe, Elizabeth's navy destroyed the Spanish Armada so decisively that it was seen as an act of God. In this book, you will discover why no English monarch has ever been more famous, more successful, or more deeply loved by her people.

I found this audiobook difficult to listen to. The recording was very cloudy and I couldn’t play it in my car. I don’t recommend it. If you’re interested in this book, just read it.