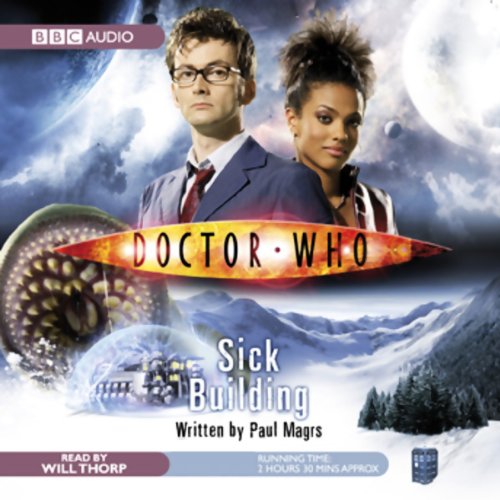 Will Thorp reads this suspenseful story about a sentient house, a ravenous beast, and a family in danger.

Tiermann's World: a planet covered in wintry woods and roamed by sabre-toothed tigers and other savage beasts. The Doctor is here to warn Professor Tiermann, his wife, and their son that a terrible danger is on its way.

The Tiermanns live in luxury, in a fantastic, futuristic, fully automated dreamhome, under an impenetrable force shield. But that won't protect them from the Voracious Craw. A huge and hungry alien creature is heading remorselessly towards their home. When it arrives everything will be devoured. Can they get away in time? With the force shield cracking up, and the Dreamhome itself deciding who should or should not leave, things are looking desperate.

Featuring the Doctor and Martha as played by David Tennant and Freema Agyeman in the hit series from BBC Television.

A Darker Who Adventure

This stood out from a lot of the Who stories I've read and I loved it. It has a darker tone, with a mad building and an equally mad man. And not the one you think!

The characters are handled well and I'm glad it avoided the Mad Scientist cheesiness of similar stories. I love the two bots, the villain, and the ominous presence of the Craw. The family are more background stock characters than real people. The father irritated me, but it was probably because that kind of personality always does. So in a way that is a good thing.

I love that you really can sense the danger of time passing as the story goes on. It has some grisly, violent bits and though it's more machines than people. The plot is straight forward and the resolution is unexpected, but will make you grin.

My only issue with this is that the Doctor and Martha, especially her, feel like sidekicks in their own story. It seems as if they are supporting the others characters in every way.

Will Thorp, as usual, does an excellent job reading the story. The villain's evil, glee is brilliant and his performance adds life to the story.

The story was a bit weak in places but overall a good Dr Who.
Very good performance.