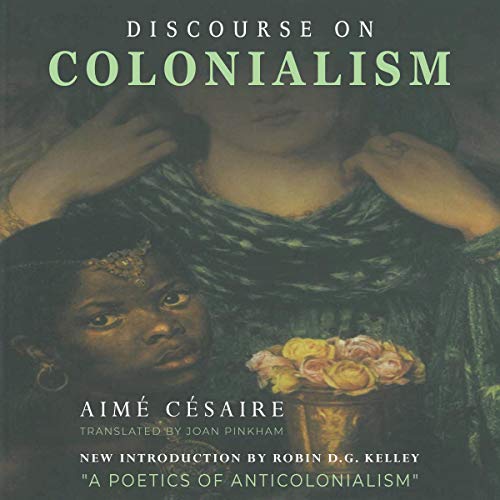 "Césaire's essay stands as an important document in the development of third world consciousness - a process in which [he] played a prominent role." (Library Journal)

This classic work, first published in France in 1955, profoundly influenced the generation of scholars and activists at the forefront of liberation struggles in Africa, Latin America, and the Caribbean. Nearly 20 years later, when published for the first time in English, Discourse on Colonialism inspired a new generation engaged in the Civil Rights, Black Power, and anti-war movements and has sold more than 75,000 copies to date.

Aimé Césaire eloquently describes the brutal impact of capitalism and colonialism on both the colonizer and colonized, exposing the contradictions and hypocrisy implicit in western notions of "progress" and "civilization" upon encountering the "savage", "uncultured", or "primitive." Here, Césaire reaffirms African values, identity, and culture, and their relevance, reminding us that "the relationship between consciousness and reality are extremely complex. . . . It is equally necessary to decolonize our minds, our inner life, at the same time that we decolonize society." A reading of an interview with Césaire by the poet René Depestre is also included.