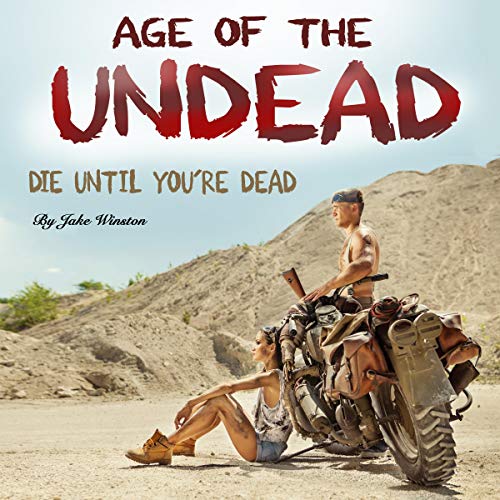 Die Until You're Dead

Valerie is at a prison, after running away - or riding away (on her motorcycle) - from a chaotic zombie outbreak in Phoenix, Arizona. Along with some friends she met along the way, she finds herself trapped between trusting the inmates of the prison and leaving them there.

When, finally, the decision is made to let them out, Reagan, a guy her age, comes across as a more charming fellow than she cares to admit. His subtle way of confident flirting causes her to come back every time, even though he teases her a lot.

In the meantime, the group has to deal with suicidal people from the prison, infected snakes, and terrible weather conditions to survive.

This is the second book in an apocalyptic series of six.

Yes, it's short, but this is a genius writing style. A little young adult niche, but very exciting. The conspiracy of the mystery of who-done-it at the end makes me curious about the next book. (Haven't seen the title yet, so maybe the author doesn't have any more time). Either way, I was thrilled to read about the little flirtations between the two main characters, the zombie scenes, and some other typical post-apocalyptic things I like seeing in a book like this.

Great short listen. Zombies, a little flirting and some guns shooting at rotting animals near a prison. Sad so many people died in the group (spoiler alert).

Kill those zombies! This is a better version of resident evil, tomb raider, and world war z combined.

The fights, the sexual tension, the zombie apocalypse atmosphere.... that's all my cup of tea. For sure. The mystery at the end got me thinking. The slaughter scene in the rain is the best thing ever. I hope they make a movie out of this.