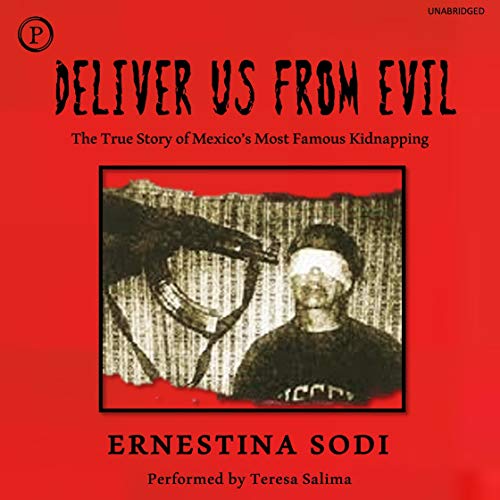 Deliver Us from Evil

On September 22, 2002, Mexican writer Ernestina Sodi and her sister, actress Laura Zapata, were kidnapped at gunpoint in Mexico City. Both victims are members of the prominent Sodi family; their younger sister is Thalia, an international pop sensation, and the wife of billionaire music mogul Tommy Mottola. Tragically, it was Mottola's glaring fortune that caught the attention of the abductors, making the sisters' kidnapping the most widely publicized in recent memory.

Deliver Us from Evil is one of the few first-person accounts ever published of a Mexican kidnapping. Blindfolded for much of her ordeal, Ernestina Sodi learns to identify the members of this well-organized, brutal, and professional kidnapping gang by voice and smell. Physically and mentally brutalized, Ernestina uses her wits to placate and even befriend members of the gang who held her life in their hands. In a bizarre reversal of the Stockholm syndrome, one of the kidnappers falls "in love" with her, bringing her flowers, even hiring a mariachi group to serenade her.

Deliver Us from Evil plunges into the dark world of crime, rage, and violence without mercy, culminating in a thrilling and truly unforgettable climax.