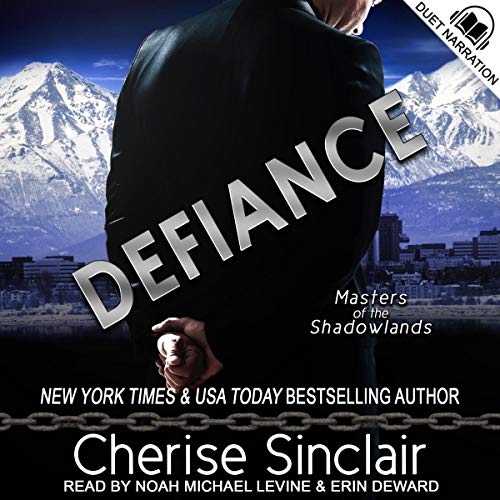 Z’s day begins with sadness. A phone call from a dying friend leaves psychologist Zachary Grayson determined to fulfill the old survivalist’s request - a send-off that will comfort his grieving sons. And then, it turns deadly.

The death threat is only the beginning because the letter isn’t a hoax. Z walks out of his office into a barrage of bullets. He can take being shot at, but when the second shot splinters the empty child seat in his car, he’s shaken to the core. The horror of what would have happened if his little girl had been there spurs him to action.

Master Z is a dom, a husband, a father - every instinct drives him to protect those under his care. When the police can’t catch his stalker, he must take matters into his own hands. He must keep danger far from those he loves.

Secrecy and distance is the key. The funeral in Alaska is the perfect location, especially since Z won’t be alone. The survivalist’s sons have grown into men with lethal skills. With their help, he can trap the shooter and keep his family safe. As long as his impetuous and all-too-observant wife Jessica doesn’t discover he’s using himself as bait.

Defiance is not only a wonderful addition to the beloved Masters of the Shadowlands series but also a great introduction to the guys from the upcoming Sons of the Survivalist series.

This is a novella

I loved the book, but it was very short. Just over 3 hours. Be forewarned.

This was a great short to usher into the next series.

Master Z’s life is threatened, Jessica has a secret and a good friend of Master Z is dead. To the average person, this is a stressful time, but for Master Z and the help of four mountain men, he will capture the would be killer and discipline his submissive/ wife and regain control of his life all in one shot.

I love any story that has Master Z. I love him and the narrator who does him justice.

Great intro for the stories set in Alaska.

... failed to capture me

I didn't enjoy it as much as I enjoyed the series so far. This book is written in a different way that wasn't provocative enough. I missed Shadowlands. I don't think this book was necessary. Sorry.

The story is a nice lead in to the new series. Looking forward to learn more about the new characters! The performance was on point as always with those two wonderful narrators.

With Cherise’s writing and Noah and Erin’s narration it is a unbelievable awesome combination!!!!
Love the updates on Master Z and the interdiction to the next wold set in Rescue Alaska!!! It’s a must read!!!

It was good to read about an expanded world outside the Shadowlands learning about important people in Master Z's past.
Overall, though, the tones of the story felt as it it was told from an emotional distance. Maybe it will take a bit to get to know the new characters but even the familiar ones didnt feel that engaging.
Mr. Levine did his usual admirable job of various accents and characters. Ms. DeWard continues to make femalecharacters sound like middle school girls.

the story was very riveting and kept me listening with a bated breath. the action is right on the spot and the feelings in the book reach out to squize your heart. its a good intreduction to the 5 brothers in the next series.