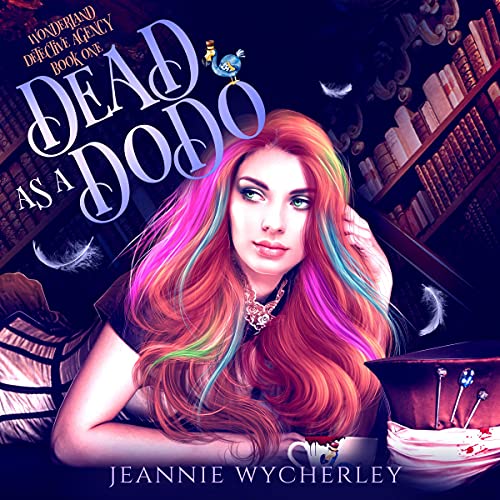 Dead as a Dodo

Dodo was dead. And there the matter should have rested.

At least for DS Elise Liddell.

Emotionally burnt out, she considers herself retired from police work.

By rights it has nothing to do with her, but someone killed the poor man and, as Elise can resist everything except a good puzzle (and a shot of Blue Goblin vodka), here she is tangled up in a murder case.

When a petty thief hands himself into the Ministry of Witches Police Department, Elise’s ex-colleagues consider it an open and shut case.

Revitalized by the investigation, she takes the suspect on as the first client of her new paranormal detective agency. What would this insignificant wretch have to gain by murdering the cantankerous old wizard? Elise knows full well, by uncovering the motive she can reveal the true killer.

But she forgets, in Tumble Town even the shadows are alive...and now someone or something is hunting her.

The Wonderland Detective Agency Series is a paranormal cozy mystery series, set in the same Wonkyverse that listeners have already fallen in love with. While some of the characters and places will be instantly familiar, Wycherley effortlessly casts her spell so that her zany new friends quickly become ours too.

Packed full of witches, wizards, warlocks, ghosts, shadow people, and more, you’ll love this glimpse into the dark side.