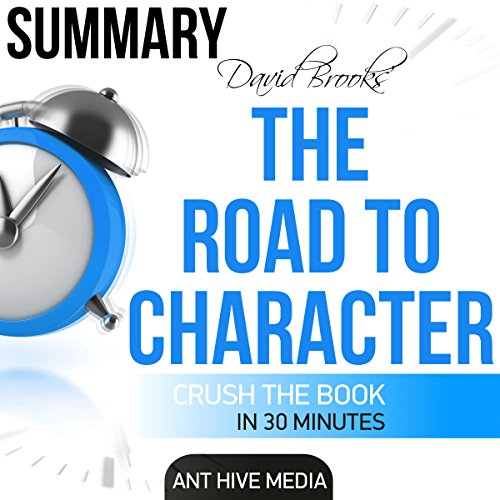 The Road to Character by David Brooks tackles cultural and personal morals and how these have evolved over time. Some virtues, which were regarded as poor and unacceptable, are now widely accepted. In the end, despite the degradation of morality, there is still a way to redeem oneself and develop a character which rises above whatever material possessions one can have on earth.

There are nine characters that are showcased in Brooks' book. Augustine and Dorothy Day live their lives in full dedication to serve God. The two may have different ways in serving God, but they live a fulfilled life of character. Other characters include two dedicated writers, Samuel Johnson and George Eliot. Eliot wrote about love, while Johnson wrote about how he overcomes and learns from his mistakes and shortcomings. Johnson hoped that perhaps his readers could gain insights from his own experiences.

David Brooks skillfully combines all the characters' perspectives together; with some he touches base about the progression of culture and how it is defining someone's character. He also lists some elements of good character that have survived the test of time and evolution.

This summary also includes key takeaways and analysis, study and critique of symbols and themes, and more!

About the Author: Ant Hive Media reads every chapter, extracts the understanding and leaves you with a new perspective and time to spare. We do the work so you can understand the book in minutes, not hours.

Definitely a good read which will make you curious to read the full book to learn the principles in depth.