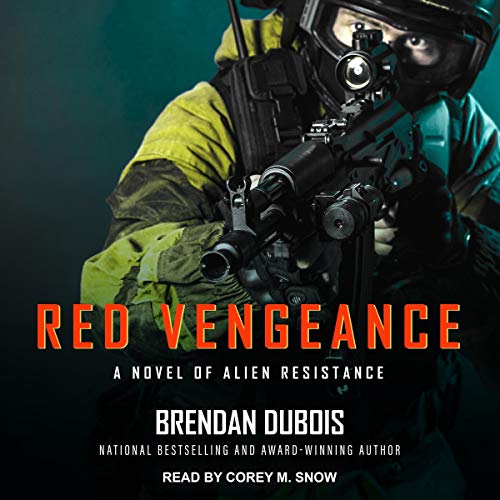 US Army Sergeant Randy Knox is 16 and already a seasoned veteran. He is an alien-killing prodigy who has eradicated more of the invading Creepers than anyone can keep track of.

But Randy is also a high school student struggling with geometry. And he is a young man whose heart is being pulled in two directions by two very different girls. One, Abby Monroe, a straightforward warrior. The other, Serena Coulson, dangerous and mysterious.

Randy, with the help of Serena's strange brother, alien interpreter Buddy Coulson, has convinced a Creeper base to surrender. After a decade of conflict, misery, and the death of millions of humans, it finally seems that the war may come to an end. But then the surrender effort turns into a bloody ambush.

More disturbing, Buddy and Serena Coulson arrive, having escaped torture and interrogation at the hands of a CIA operative. It begins to dawn on Randy that, as much as he doesn't want to believe it, the powers-that-be may not want the war to be over.

Now, as Randy's hodge-podge military unit makes a desperate stand at a remote outpost, young Sergeant Randy Knox learns just how far he will go to protect those he loves-and what it takes to save humanity from total alien domination.