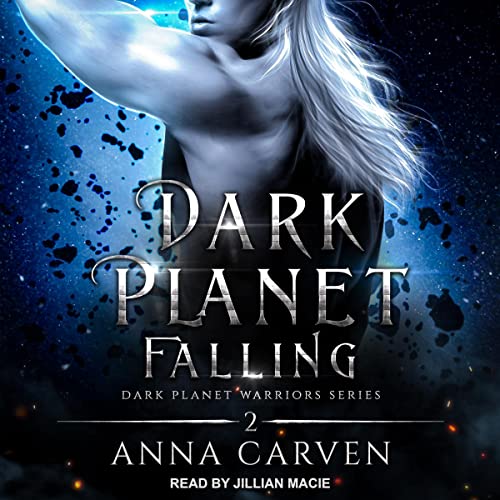 Prince Xalikian Kazharan has a dilemma on his hands. Now that the Kordolians have landed on Earth, he somehow has to convince an entire planet of Humans that his people mean them no harm. It's easier said than done, especially when one's race has a reputation for brutally conquering the Nine Galaxies. Perhaps this stubborn female journalist called Sera Aquinas, who thinks she can just walk up to his front door and ask for an interview, might be able to help him. But first, he has to gain her trust, and that's not so easy when her presence drives him to distraction.

Sera Aquinas doesn't trust the charming amber-eyed Prince when he says he doesn't want to take over her planet. As a hardened journalist, she's seen her share of duplicity and corruption. So when Xal tells her the Kordolians are looking for Human females, she thinks he's messing with her. Seriously? Who would believe that lame excuse?

She has to admit however, that Xal is one fine-looking alien, and a part of her is curious.

It's absolutely far-fetched, but what if he's telling the truth? What if Humans and Kordolians are compatible? And when it comes to Xal, why does her body keep betraying her when her head is telling her to get the hell out of there?

This second audiobook in this series was very entertaining! The story of Zakikian and Serra was romantic and the action kept my attention throughout the story. We also see the General and Abby again, as the followers of the General pull away from the Empire. The narration was excellent!

Prince Xalikian and the journalist

This is the story of Prince Xalikian and journalist Sera Aquinas. Sera is the only reporter brave enough to confront the Kordolians head on to get an interview. This begins the relationship between the prince and Sera. The first half of the book is not as action oriented as the first book, but it moves forward nicely as the H/h get to know each other and the plot progresses to protect Earth. We also learn a lot more about Xalikian and the world of the Kordolians. Xal and Sera complement each other nicely, balancing one another's strengths and weaknesses.

I really enjoyed this story and the romance between Xal and Sera. Yes, it was different from book 1, but Xal was a more quiet kind of hero with his own strengths.

Memorable moment: I was particularly moved by the scene after Sera and Xal are rescued by Tarek after ejecting into space to escape the Kordolian bad guys.

Although Jillian Macie was the only narrator for this book, she did an excellent job in conveying the emotions throughout the story.

What happened? The first story was full of action, thrills, and adventure. This book just fell short for me. The last half of the book picked up, and finally the ending was well Written, sadly this book isn't a keeper.

Second book is good too, just not as much. The romance was way too fast, I think they knew each other a total of 3 hours before they were having sex and mated. The second half of the book is better, a bit more action with a hint of spy work. I am a bit tired of reporters being the heroine and how they are so worldly, it is a character that is used to often in romances. Luckily this one wasn’t too annoying in that aspect. I will keep going because I am interested in Gia and Arin’s books coming. There was no male narrator in this book, but Jillian Macie did a good job anyway.

I missed Todd McLaren's voice this round, but there is definitely no love lost for this second book.

Listening to the story, gives it a new depth. Can't wait for the next one.

I found the heroines character a bit annoying. However it could have been the performance that skewed my impression. But it's unrealistic to believe I could find everyone perfect and reasonable, let alone a fictional character. I mention it because the irritating girl affected my enjoyment of the story.

Update from 2022: you can get books 1-4 for a single credit in an omnibus. While this one was merely okay, the omnibus is worth the credit.

Having now listened to all 8 books in the Dark Planet Warrior series, I’m giving only three of the books high marks And the rest varying shades of okay. This series was my first foray into alien romance series. I like alpha male, warrior romance. I like sci-fi and fantasy. I like action movies. So the first book was a fun, surprise blend of all of these things.

This book, about Xal and Sera, was more tame than book 1 in so many ways:
No male narrator, making it harder for me to feel the “big, silver demon warrior” vibe.
Female narrator was great in book 1, but her voicing of Sera sounds the same as her voicing of Abby in book 1. This is an ongoing issue, especially for the books where she does both the female and male narrations. All females, and all Kordolians sound the same.
Xal isn’t a First Division warrior, but is instead an outcast prince and politician. Sera is a reporter. Romance stories involving politicians or the press are my least favorites, and the story unfortunately lived up to, or rather down to, my expectations for those character types.
The action is largely non-existent until more than halfway through the book.
Not sure if it was the narration or the writing, or both, but I felt no chemistry between Xal and Sera.

No sexy, dark male narration, no battle action till the end, and no chemistry combined to make the early, often, and explicit sex more annoying than sexy. Because it was a “free” borrowed book under Audible Escapes, I don’t regret listening, but I won’t ever be listening to this one again.

I liked books 1, 4, & 5 (Dark Planet Warrior, Out of Darkness, & Forged in Shadows). Those I will borrow again at some point, to enjoy the sexy alien warrior romance and action stories.

But, my favorite alien romance series is the first six books in the Ice Planet Barbarian series by Ruby Dixon. Those first books are hot and fun, and the dual narration is outstanding.. each female has a distinct voice. Also, each female is unique in character, culture or race, and backstory, allowing for enough differentiation that I don’t feel like I’m reading the same book, just with new names for the leads. At least, not until the series passes 8.

Serra worked my nerves.... like the story line.. went slow... Didn't like narrator, she sucked at male voices and her voice was annoying.

This is the second book from the dark planet series. The story is about the prince fighting his mother the empress for the rights of treating humans equally. The Prince was treated horribly by the empress. He left the throne not wanting it and found brotherhood with islanders. The General is his friend and when the General fell in love with Abbey, the General had to save her from the empress as she wanted to dissect her. The prince the general and Abby fled to Earth. It was at this time when the prince was doing an interview with a reporter that he found her to be his mate due to his symptoms. Great story and I recommend it.

Wonderful story! Perfectly executed, all elements needed in a flawless adventure. I would have wanted just a few scenes more of them showing off to her family.