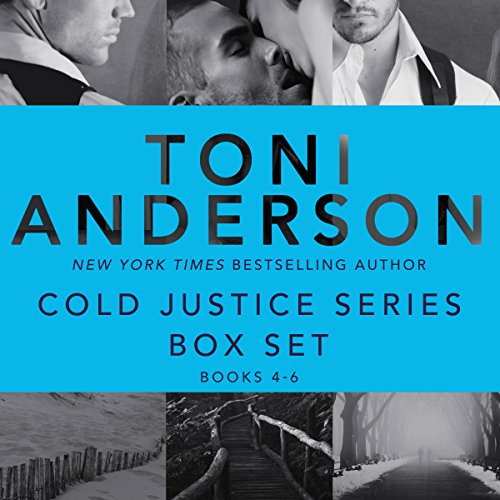 FBI profiler Lincoln Frazer is determined new crimes won't delay the execution of a convicted serial killer. Then Frazer falls for secretive Dr. Izzy Campbell - while the killer watches their every move.

CIA Officer Patrick Killion searches for a ruthless assassin and targets the wrong woman, immediately putting her in jeopardy. Earnest frog biologist Audrey Lockhart is attacked by the local drug cartel, and Killion steps in to save her. Now they're the ones being hunted - by a cold-blooded killer who wants them both dead.

Hunting for a killer who doesn't play by the rules.

A double homicide casts doubt on the recent conviction of a star quarterback for a series of rapes. An FBI agent is sent to assess the new murders and the work of a dedicated police detective. But when the two begin to fall for one another, the cunning killer strikes again, proving no one is safe.

Well worth the price of admission....

My 1st novel by this author, standing up & applauding!! Wow this series will suck you in from the very first lines. I could barely turn it off and more than once ran my device completely out of battery life. So, very well written, complex and well developed characters as well as a really engrossing story. Nothing was made too obvious as the story developed keeping me on the edge of my seat. At the same time you could feel the connection between the main characters and the banter between them was amusing on more than one occasion (yeah, I like a little snark). The intimate scenes were well written and not gratuitous and still very hot.
I wasn't sure when I started listening if I was going to like the narrator but he very quickly won me over. This was also my first for this narrator. He did a very good job with the pace of the books and with the voices of each character. I would listen to more from him.
I will be looking for more from this author.

Full disclosure: I received an ARC for an honest review

I Love This Series!

The characters are engaging. The "who done its?" are challeging and suspenseful. I can't wait to start the next book.

The stories are great but all of these people fall in love instantly which a little farfetched for me. Also dont get me wrong, Eric G. Dove is an excellent narrator for the story part, but he lacks a little in narrating the sexy parts. Overall good series though.

Excellent story line's. Memorable moments, suspense, murder and mayhem. Everything you want in a thriller. And this offered three in a row. First set was
Just as 👍good

As a whole I felt like I was listening to the same plot, some scenario in each book. individually I could see that these books are good stories alone but I listen to them three in a row and I got bored.

Love this writer. Great narration. Would recommend writer to anyone. Stories are very good.

This entire series has so many twists and turns, heart stopping action. I caught myself yelling aloud to warn the lead character.

Toni Anderson had me laughing aloud especially in book 5. Fascinating, tense emotional stories keep one guessing until the end and there is still a surprise. Can’t wait for her next!

I love that these books keep the characters consistent from start to finish. Even with the instalove that happens between all the characters it easy to swallow and you actually see their relationships develop. The women are smart and independent and strong willed. The men are supportive and are able to be Alpha without being overbearing. The books in these collections are a great find they are suspenseful and intriguing it's hard to stop listening.

All six books were amazing!! I enjoyed the first and fifth the most great stories!!