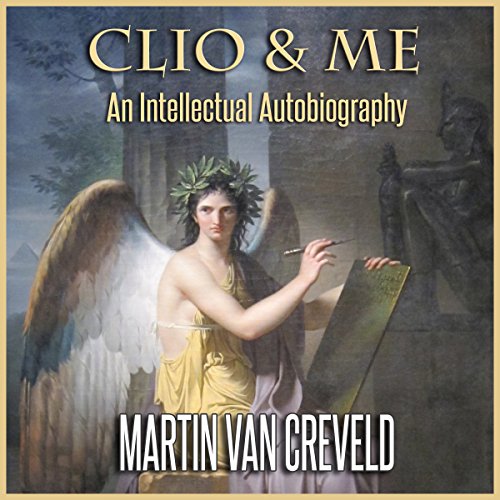 Clio & Me: An Intellectual Autobiography

Clio & Me: An Intellectual Autobiography

Dr. Martin van Creveld is a significant contributor to the literature of war. Professor Emeritus at the Hebrew University in Jerusalem, Dr. van Creveld is one of the world's leading writers on military history and strategy, with a special interest in the future of war. He is fluent in Hebrew, German, Dutch, and English, and has authored more than 20 books, including the influential Technology and War: 2000 BC to the Present (1988), The Transformation of War (1991), and The Culture of War (2010). He is known for his development of the concept of "nontrinitarian" warfare as well as contributing two books to the 4GW canon, and he is deeply respected by military officers and professional strategists around the world.

Clio and Me is Dr. van Creveld's most personal book, an honest, heartfelt account of his lifelong love affair with the Muse of History. It is an autobiography, not of the life, but of the mind, and as such, will be of great interest to historians and students of history alike. This "intellectual autobiography" reveals one of the great historical minds of the 21st-century to be eternally curious, endlessly inquisitive, and possessed of an unexpected charm.

I bought this book so I could listen to my favorite narrator and while doing so I became I grossed in the career of someone who I was not aware of. I studied history in college for a year and liked it. If I would have had someone like Martin van Creveld I probably would have stuck with it. Instead I will have to listen to more of his books hopefully read by the same narrator.

This was a great book. I heard about Creveld from watching Vox Day and I'm blown away by how much I enjoyed this book.