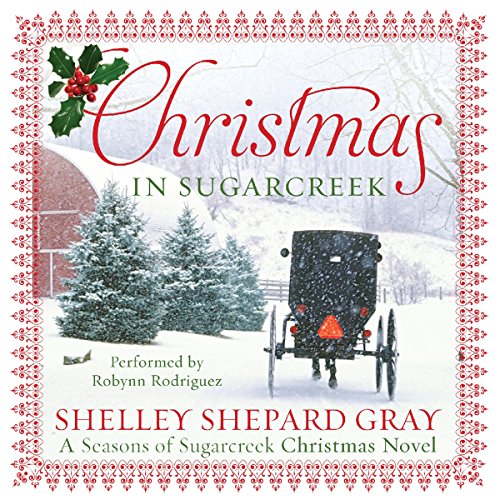 Judith Graber has always been the obedient daughter. When her older brother Josh struggled with his love life, she offered wise counsel. When her younger brother Caleb flirted with the idea of leaving their order, she firmly told him he was wrong. Over the years, she’s watched her younger siblings, helped around the house, and worked in her family’s store during her spare time. Judith feels overworked, overlooked, and underappreciated this holiday season.

But everything changes when her father hires Ben Knox.

Ben Knox is the “bad boy” of Sugarcreek. Though he’s never considered jumping the fence, he’s certainly never tried to be anything close to dutiful. Two years ago he left Sugarcreek under a cloud of shame. Rumors circulated that his rumspringa had been filled with more than the usual harmless explorations.

Now he’s back and working side by side with Judith.

As the chaos of the holiday season threatens to sap all joy, sparks fly between Ben and Judith. But Judith steels herself to ignore her infatuation. The last thing she wants to be is just one more girl who falls under Ben’s spell. Ben, on the other hand, wants Judith to realize there’s more to him than his bad reputation. When he fled Sugarcreek, he was running from a disruptive home life. Now that he’s back, he wants a fresh beginning.

Could this Christmas season bring love and a new life for the unlikeliest pair in Sugarcreek?

I almost returned this audiobook. But the main couple in it caught my attention. There are three couples in this book. I think Ms. Gray might do this routinely, as the last book I listened to also had more than one love story going on. When I re-listened to the first part of the story I was able to follow it (I couldn't initially, with the various stories going on.) This is a pleasant, gentle, listen and there's much to be said for that, especially at Christmastime.

What disappointed you about Christmas in Sugarcreek?

PA Dutch/Mennonite subject matter should have been mentioned in description.

Would you ever listen to anything by Shelley Shepard Gray again?

You didn???t love this book... but did it have any redeeming qualities?

Wouldn't know, stopped reading- do not like being deceived by authors with religious agendas. My bible reading is entirely separate from recreational reading.