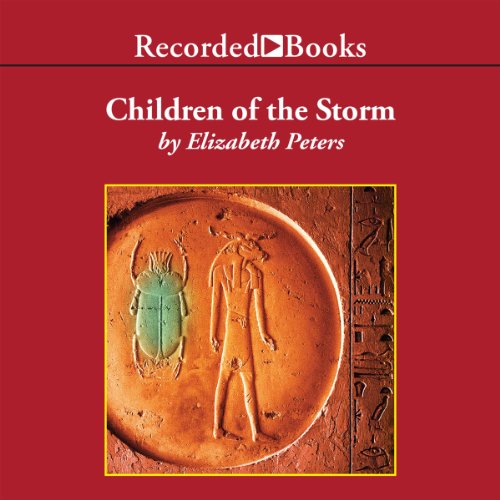 The year is 1919, one year after WWI has ended. Amelia Peabody and her husband, Emerson, finally feel they have a moment to rest. Their family is all gathered together in their Luxor, Egypt, home, including their son, Ramses; their daughter-in-law, Nefret; and their two grandchildren. Just as the dust from the war begins to settle, a new wind kicks up, and their lives take a turn for the worse. Soon after the discovery of a well-preserved tomb, some of the treasure is stolen. The murdered body of the thief, who happens to have been a trusted employee of Amelia and Emerson, is later found in the desert. Then Ramses is kidnapped by a woman dressed as the goddess Hathor, whose intentions are unknown. Other strange occurrences follow, but none seem to create a discernible pattern. Amelia can’t resist investigating, and finds herself in the midst of a terrifying adversary. Amelia refuses to give up until she has uncovered the mystery behind the baffling events and made sure her family is safe. Though Amelia is as courageous and daring as ever, she is up against the fight of her life in Children of the Storm.