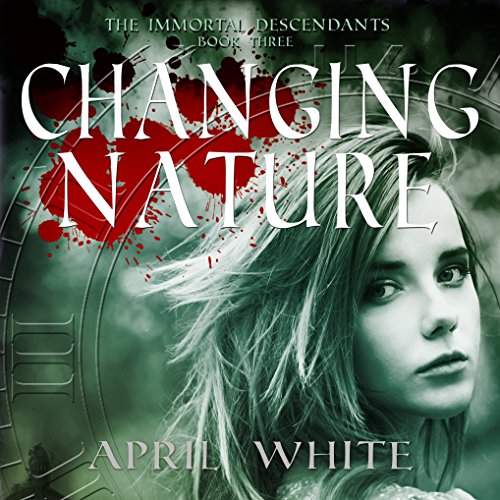 Immortal Descendants are disappearing and 17-year-old Clocker Saira Elian is next on the list...

Saira and Archer's romantic London summer is shattered by the bold kidnappings of Immortal Descendants. It is clear Mongers want control of the Descendant families, and when they target a powerful Shifter, there's no doubt they will eliminate anyone who stands in their way.

A split in time could be the cause of this new Monger aggression, and Saira, Archer, and Ringo suspect their time-traveling nemesis Bishop Wilder. One dangerous world is exchanged for another when Saira and her friends track Wilder to the gloomy streets of Paris in 1429. They find the city besieged by marauding wolves led by a fanatical peasant girl who will be known to history as Joan of Arc.

Crossing the time stream to repair it has dropped them into the heart of the Hundred Years War on the eve of an epic battle, where the line between friends and enemies will be drawn in blood. To finally end the deadly game of cat and mouse with Wilder, Saira must confront her greatest challenge yet: the truth about her changing Nature.

the narrator in this book is amazing I love her English accent. I love the way the characters develop in this series. Sairah is amazing and so is Archer. Even the side characters are amazing. it was interesting to learn so much about Joan of Arc and all that happened with her. so many twists and turns sometimes it was hard to keep track. I loved it all though and can't wait to read the next book. I only wish it was in audible so I could listen to more of the narrator's great voice. I highly recommend this series to anyone who likes time travel, vampires, shifters, Sears and all the other fun stuff that comes along with that.

Even though it's a ya book it had some great ideas, it's interesting and clever.