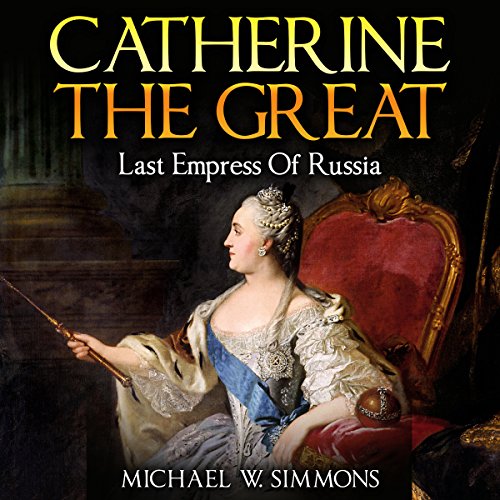 Born an obscure German princess who suffered under the control of a domineering, narcissistic mother, the 14-year-old Princess Sophie von Anhalt-Zerbst seemed to be destined for a minor marriage and a forgettable career. Destiny had other plans for her: summoned to Russia, then considered by most Europeans to be a vast, primitive wasteland, devoid of culture or sophistication, she became the Grand Duchess Ekaterina, wife of the future emperor Peter III.

What followed her short, unhappy marriage was a legendary rise to supreme power. At the age of 33, the Grand Duchess Catherine became the Empress Catherine II, ruler in her own right of the largest empire on earth.

In this book, you will learn how, during Catherine's lonely years as a neglected wife in the court of the Empress Elisabeth, she bided her time and amassed the necessary political and military support to overthrow the heir to the Romanov dynasty and seize his throne. You will also learn why, over the course of her 34-year reign, which saw rebellions, foreign wars, popular uprisings, and a string of jealous lovers vying for her favor, she came to be remembered by history under the name conferred upon her by her own people: Catherine the Great.