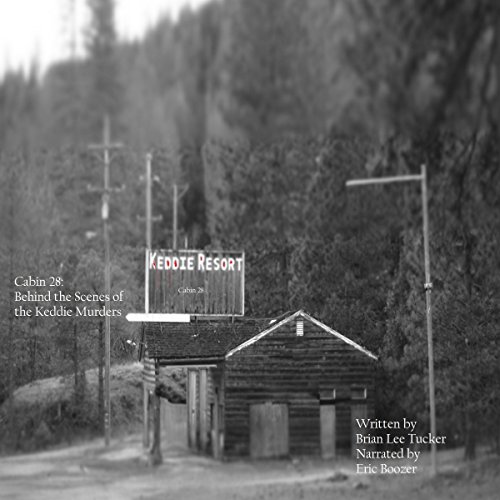 Some time after his second meeting with the therapist, Marty Smartt was overheard telling someone he was afraid if he didn't get help soon he was going to go back to Keddie and “kill somebody, and didn't really give a shit who it was.” Within a short period of time following his last session, he returned to Keddie, California with a "friend" he'd met at the hospital, Severin Bob “Bo” Boubede.

Boubede had a criminal background, including charges of bank robbery and had served time in prison. Both men were slowly but surely becoming volatile and hard to control, especially in each other's company.

Their friendship - and subsequent actions due to being already very mentally unstable - turned to be a recipe for murder.

In Cabin 28: Behind the Scenes of the Keddie Murders, author Brian Lee Tucker examines the weeks leading up to the murders, and the aftermath, with two suspects who were never charged with the murders, and the detectives who bungled the case, setting two vicious killers free to kill again.

Even with the member discount, plus the sale on this book, it’s not worth it. Even Free, it’d be a challenge to listen to this. In the Introduction, the author’s name, Bryan Lee Tucker, is mentioned at least 20 times. Crank it up to high speed to get through that, then the so- called story begins. Very disjointed writing. NOT GOOD. Author and narrator get one star, because there’s not a Zero offered.