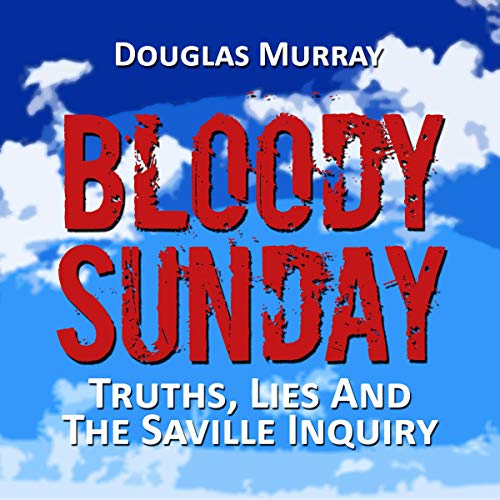 Bloody Sunday was the worst massacre of British citizens by British troops since Peterloo in 1819 - a potent distillation of the rage and anguish of a bitter conflict that spanned decades and claimed three and a half thousand lives.

In 2002, when the Saville Inquiry transferred from Derry to London, author Douglas Murray began attending daily to hear at firsthand the testimony of the soldiers and members of the IRA who had been there that dreadful day. What he discovered was a devastating story of ordinary people thrown into the most terrible of situations, a story not only more straightforward than the British army would like to admit, but more complex than the IRA has always claimed.

This book is not solely about a shocking event or a process of justice; it is about the efforts of a group of people to arrive at truth and a country’s attempt - three decades on - at painful and perhaps incomplete reconciliation.

Douglas Murray is a best-selling author and award-winning political journalist based in London. From 2007 to 2011 he was the director of the Centre for Social Cohesion in London. He is now a Senior Fellow at the Henry Jackson Society. Read by Michael Fenton Stevens (Last Trains, MI9, Whisper Wings, The Science of the Discworld, Long Earth, Long War, David Jason: Autobiography, Spitting Image, KYTV)

WARNING - this audiobook contains some strong language and descriptions of violence & injuries.

Amazing account of the complexities of this type of conflict-there are no winners. Years later, it becomes almost impossible to determine who fired at who, who fired first, who was "justified" and who not, how memory is so reconstructive, and why people are often so afraid to come forward and report what they saw--or what they thought they saw.