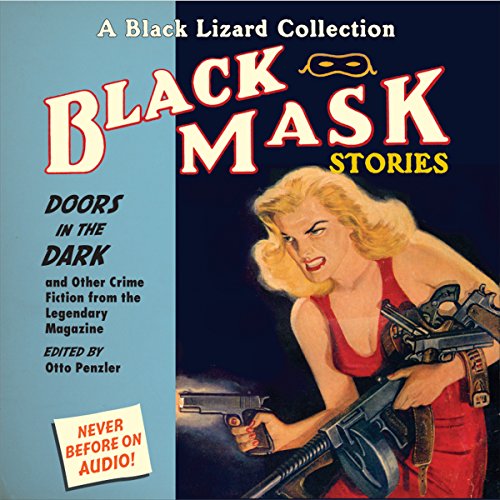 Black Mask 1: Doors in the Dark - and Other Crime Fiction from the Legendary Magazine

From its launch in 1920 until its demise in 1951, the magazine Black Mask published pulp crime fiction. The first hard-boiled detective stories appeared on its pages. Dashiell Hammett and Raymond Chandler, Erle Stanley Gardner and John D. MacDonald got their start in Black Mask. The urban crime stories that appeared in Black Mask helped to shape American culture. Modern computer games, films, and television are rooted in the fiction popularized by "the seminal and venerated mystery pulp magazine" (Booklist). Never before in audio, these vintage stories are the darkest of the dark, and the best of the best.

Crime fiction fans old and new will delight in rediscovering these taut, character-rich, heart-stopping tales, now on audio for the first time. Includes:

Ce que les auditeurs disent de Black Mask 1: Doors in the Dark - and Other Crime Fiction from the Legendary Magazine

Poorly formatted, no table of contents

ARGH! This is supposed to be a book of more than a dozen stories then why the hell does it only have seven chapters. Before each story is an author min-biography, and these aren’t set up as different chapters. Go buy the actual book!

A good selection of stories. Warning the beginning introduction is long.

I enjoyed the selection of stories. The individual readers were good. The beginning of each story gives story and or author history. I found these interesting. I found myself wanting more at the end of book. So I have plans for getting more in series.

Stuck a knife in my heart

This book wasn???t for you, but who do you think might enjoy it more?

What could the authors have done to make this a more enjoyable book for you?

Make them cut the intro to three or four minutes. But of course they are all probably dead.

What character would you cut from Black Mask 1: Doors in the Dark - and Other Crime Fiction from the Legendary Magazine?

The guy who did the introduction.

I'm driving 120 miles to deliver stuff for a family get together and started this book.

The introduction included hundreds of people (editors, former editors, their lawyers, their street addresses in New York etc.) History of ownership of various magazines, history of publications during the Civil War and other exciting stuff.

After a half hour of this stuff I reached into cutlery case drew out a knife and stabbed myself in the heart. Unfortunately since I was driving I didn't see what kind of knife it was and I had picked out a butter knife and now I just have painful bruise on my chest.