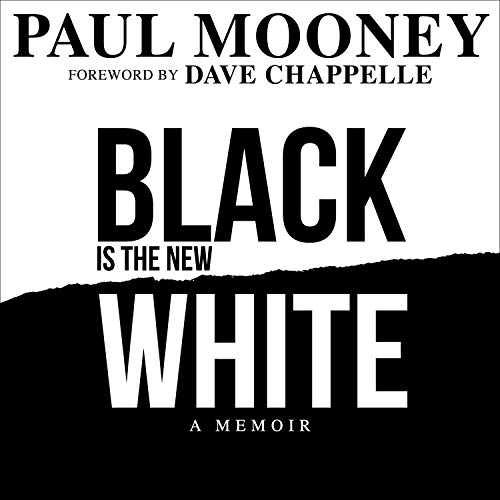 Black Is the New White

For more than 40 years - whether writing for Richard Pryor and Saturday Night Live or performing stand-up to sold-out crowds around the country - Paul Mooney has been provocative, incisive...and absolutely hilarious. His comedy has always been indisputably real and raw, reflecting race issues in America, and this fascinating, fearless new memoir continues that unapologetically candid tradition.

While other stars soared only to crash and burn, Paul Mooney has stayed chiefly behind the scenes, and he’s got a lifetime of stories to show for it. As head writer for The Richard Pryor Show, he helped tear down racial barriers and change the course of comedy. He helped Robin Williams and Sarah Bernhard break into show business. He paved the way for superstars like Eddie Murphy. Few have witnessed as much comedy history as Mooney; even fewer could recount it with such riotous honesty and depth of insight. He reveals the truth about his celebrated partnership with the brilliant, self-destructive Richard Pryor, from their first meeting to the very last joke, and reflects on some of his most notorious moments.

Decades ago, Paul Mooney set out not just make audiences laugh, but to make them think. Black Is the New White is his blisteringly funny, no-holds-barred memoir of how he continues to succeed wildly at both.