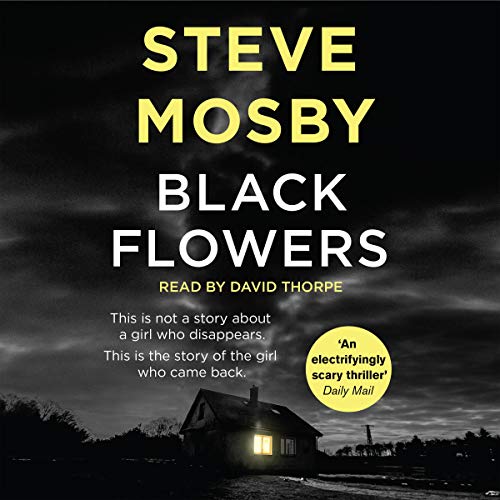 Black flowers for the missing ones mean they're never coming back....

This is not a story about a girl who disappears.

This is the story of a little girl who comes back.

As if from nowhere, she appears one day on a seaside promenade, with a black flower and a horrifying story about where she's been. But telling that story will start a chain reaction of dangerous lies and deadly illusions that will claim many more victims in the years to come.

When Neil Dawson's father commits suicide, Neil is obviously devastated. But through his grief, he knows something isn't right. Among his father's possessions, he finds a copy of an old novel, The Black Flower. Opening it will take Neil into an investigation full of danger, pain and subterfuge.

Hannah Price is also mourning her father, having followed his footsteps into the police force. When she gets assigned to Neil's father's case, it will lead her on a journey into her own past and to the heart of a shattering secret.