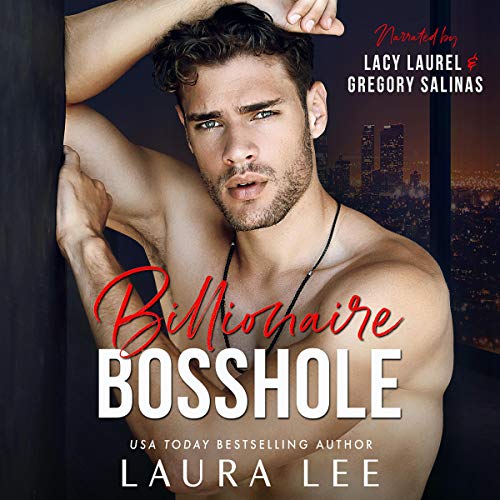 Do you know the one thing you should never do at work?

Sadly, following that particular piece of advice is much easier said than done.

Ronan Maxwell is hands down the sexiest man I’ve ever met. He’s also the pushiest, most demanding, and most arrogant SOB on the planet. And even though I can’t stand him, I never stop wondering how his ridiculously pretty mouth would feel against my skin. Or whether or not that bulge in his pants is as impressive as it seems.

For two years, I had it under control. But then one late night, all that changed. Now that I know firsthand how electrifying his touch can be, I want him more than ever. And the longer we continue this twisted relationship, the softer my heart gets. I have no idea what the future holds, but one thing I know for sure — this man has the power to break my heart.

And that’s one thing I can never let happen.

Billionaire Bosshole is the third installment in the Bedding the Billionaire world. It is a full-length, interconnected, stand-alone novel.

I absolutely devoured this book! The steam level is a solid 10/10! The chemistry between Quinn and Ronan was off the charts and their banter was the icing on the cake. The writing was excellent! Laura Lee did a phenomenal job with this enemies to lovers office romance! Definitely a must read!

This was my first book from Laura Lee and I really enjoyed it. Ronan and Quinn were both great characters. There was plenty laugh out loud moments, I loved the banter between them and their chemistry was off the charts. Lacy Laurel and Gregory Salinas narration was great, both narrators are new to me and I enjoyed their performances. I can’t wait to check out the other books in the series.

The female narrator is awful. I could not get into the story because of her. I didnt finish and returned the book.

As the name implied, he was a bosshole. This maybe spoiler: I did like the story at the beginning but the back and forth got annoying. The heroine was weak and she allowed the hero to do whatever he wanted by giving her sex. She, of course, always gave in. I wish she had some backbones when he pursued her. By the time she did, I lost interest in the story. The performance was good and will look more from this dual. All in all it was good. highly recommend.