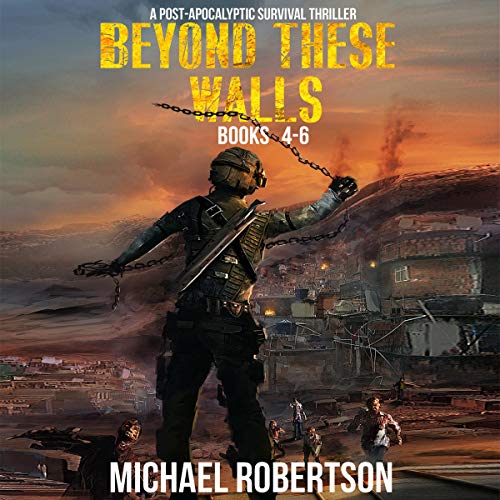 Beyond These Walls - Books 4 - 6 Box Set: A Post-Apocalyptic Survival Thriller

When entering the gates of hell is only the beginning....

Matilda thought her brother had died until Hugh told her otherwise.

He’s still incarcerated, but he’s alive. Returning to Edin with William and Hugh beside her, she’s ready to fight for her brother’s freedom.

Anticipating a battle with bureaucrats for Artan’s liberation, it turns into something entirely different when they discover Hugh’s left the city’s gates open. Their worst fears are confirmed when a diseased stumbles out to meet them.

Entering the national service area might be like walking through the gates of hell, but with Artan’s freedom on the line, what other choice do they have? What they can’t possibly know is hell’s only the beginning.

Over the next few days, things are about to get a whole lot worse....

Beyond These Walls is a post-apocalyptic thrill ride. If you like blistering-paced end of the world fiction where life hangs in the balance, then you’ll love this latest installment of Michael Robertson’s exhilarating series.

not as good as the 1st 3 books

i loved the first 3 books in the series, but i struggled to even finish this set. if you want to stay mad give this set a listen. its nothing but bad things happening that will get you mad.