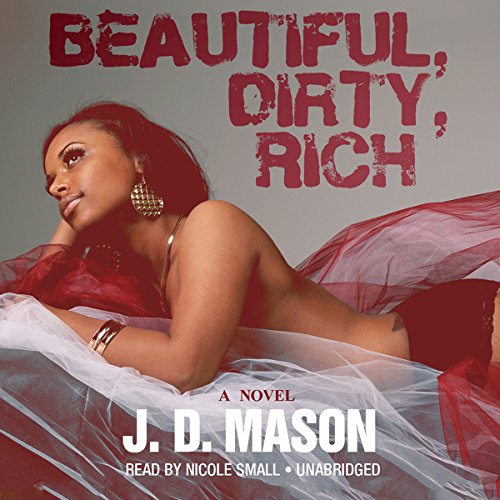 A gripping new novel from best-selling author J. D. Mason about a wealthy Texas family and the one woman who holds - and will reveal - all their dirty secrets.

Desdimona Green has been the name on everyone’s lips in Blink, Texas. Twenty-five years ago, at the age of 18, she shot and killed one of Blink’s wealthiest men, a pillar of the community, oil baron Julian Gatewood. The Gatewood family was considered untouchable, so the whole state of Texas was rocked to its core over Julian’s murder. But people were even more shocked to discover that Desi was Julian’s daughter and that her mother had been his lover for years.

When Desi gets out of jail and promptly inherits millions from Julian’s estate, everyone knows that there is much more to the story - and Desi Green is the keeper of the Gatewood secrets, including what happened the night Julian died. When a famous true-crime reporter shows up on her doorstep wanting the full story, Desi agrees to reveal all, much to the horror of the Gatewoods, who will do anything to stop her. But Desi has more than a few tricks up her sleeve.

J. D. Mason is the author of Somebody Pick Up My Pieces, That Devil’s No Friend of Mine, You Gotta Sin to Get Saved, This Fire down in My Soul, Don’t Want No Sugar, And on the Eighth Day She Rested, One Day I Saw a Black King, and Take Your Pleasure Where You Find It. She lives in Denver with her two children.

“[J. D. Mason’s] portrayals of her characters and their innermost thoughts bring the readers right into the emotional center of the story. Those who enjoy Carl Weber and Eric Jerome Dickey will add Mason to their list of favorites.” ( Booklist)

Kept me intrigued but...

I would recommend this book to someone who wants a pure "drama", non-sustantial read not to my die hard J.D. Mason fans who crave depth and a little something more.

What was most disappointing about J. D. Mason’s story?

The ending. Some things concluded rather obvious, other things were left to a weak conclusion.

Did Beautiful, Dirty, Rich inspire you to do anything?

I was not inspired.

Up until this point, I have LOVED most everything J.D. Mason has done. I know that it's not easy starting with a different kind of story and characters. I am bored with details about how much money something costs, designer names and descriptions of status beyond what's necessary to develop character. I am more interested in who the person is and the truths that we all think/know but are not always amplified.

Eh, the story was a little bland. The plot didn't connect well with me. The overall writing was okay. I feel like l the relationship between desi and Solomon could have been written about a little more.

What made the experience of listening to Beautiful, Dirty, Rich the most enjoyable?

The story flowed well. The Narrator read well and convincingly. There were several plots leading to the main plot, which kept me intrigued.

What was one of the most memorable moments of Beautiful, Dirty, Rich?

My most memorable moment was finding out the main plot.

The revelation of the shooter

I was intrigued enough to pull out my iTouch every lunch break to be entertained.

I tried to like this book but it was VERY long and drawn out. I didn’t enjoy it at all and I didn’t feel the storyline was strong at all. I know there’s a part 2 and 3 but I won’t be reading (or listening). It’s a no for me...

I love being intrigued... I loved the way it all came together like a movie.

This was an awesome read. kept me wondering what was going to happen next. Great story!

Give it a try

I was very apprehensive when I first started because of the reviews. I don't know who was listening previously or what their style off book is but this book is far from boring. I will tell you it started slowly and begin to pick up after the first few chapters. I will also tell you it has a lot of moving parts so you will need to keep up! but overall Nicole Small did an amazing job as usual. I do recommend and I am sorry I kept over looking this book for so long.

The book wasn't the best. Very hard to follow and get into, I wasn't sure if Desi really was an Innocent victim or just delusional. I was happy to see Lonnie was a real person because those first few chapters were a miss. After I pushed through, the book started to get better and interested. Overall, the book was alright.

Great story and narration - one of the BEST I’ve listened to. I highly recommend this book.